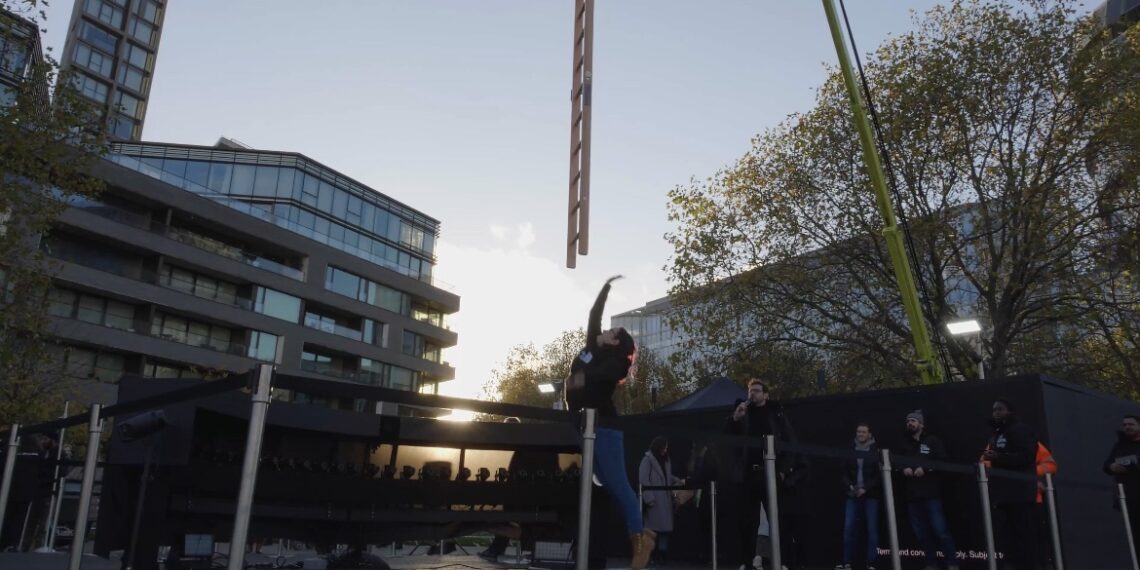 At a time when home ownership is a distant dream for many thanks to mortgage interest rate increases and soaring living costs, first direct has a first time buyers mortgage product which only requires a 5% deposit, and has created a live activation to help people take their first step onto the housing ladder.

At the heart of the campaign, created by integrated marketing agency Wunderman Thompson UK, is ‘the 26k leap’, a one-day competition to be held in Potters Field, London, where people will be encouraged to jump for an actual ladder to show how out of reach the bottom rung of the housing ladder is for first-time buyers. Participants who reach the first rung will be entered into a prize draw for the chance to win a £26,000 prize, which is around the value of the average 5% deposit for a first time buyer home in London.

To ensure that everyone has fair access to the competition, the height of the ladder will be adjusted based on participants’ height and gender and, for those unable to jump due to disability or injury, there will be the option to nominate someone to jump for the ladder on their behalf.

The live activation, which took place on November 19th, was supported by a social campaign to promote the event across Facebook, Instagram and TikTok, which ran from November 14th to November 19th.

Chris Wood, head of brand and marketing at first direct, said: “Those who come from more privileged backgrounds often have a far better chance of getting onto the housing ladder than those who don’t.

“first direct wants to give young people hope in the face of everyday challenges, especially during the current tough economic times. This fun and entertaining activation has been designed to bring these challenges to life, and give the lucky winners the ultimate leg up.”

Tom Drew, executive creative director at Wunderman Thompson, said: “To bring to life the struggle most people have in trying to get on the housing ladder, we made the metaphor a reality and gave a little hope to a lucky few.”