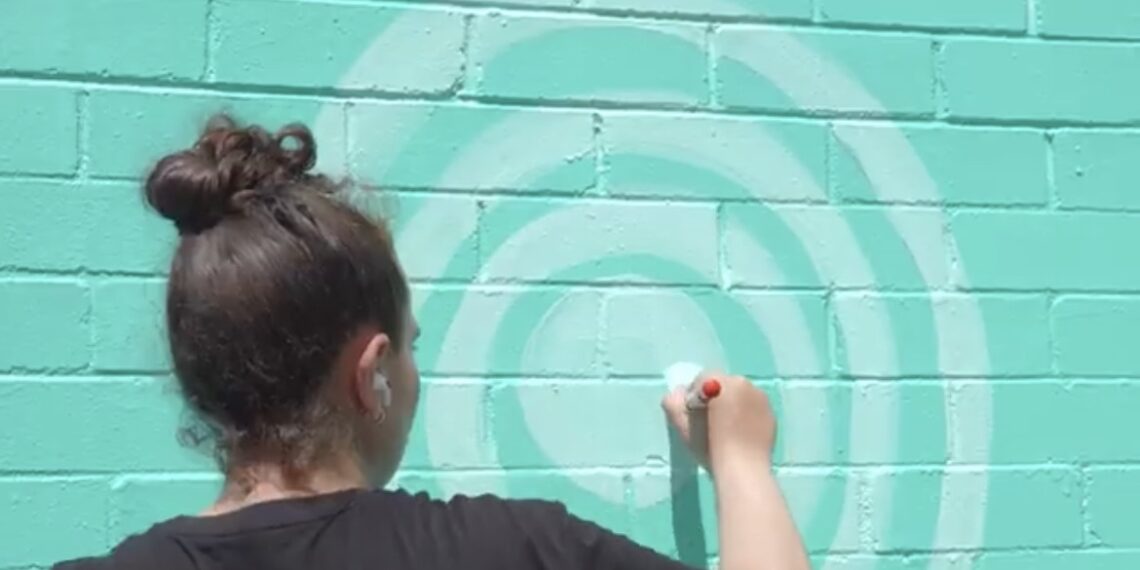 Says Simon Joyce, CEO and founder, Emotive: “When Emotive moved to Coogee it wasn’t just so we could work by the beach. The move connects us to a cultural energy and a freedom of expression that feeds our creativity and sets this place apart from the predictable city workplace. And we believe being part of this unique community means giving back to it. So, we’ve kicked off The Alfreda Street Project with the aim of becoming a beacon of creativity in Coogee, inspiring and attracting more creativity and creative businesses to the area.”

The project commences by inviting artists to paint a giant mural on the laneway wall of the Emotive office at 27 Alfreda Street with thought-provoking artworks for the community and its visitors to be inspired by. It will be refreshed twice a year and supported by a gallery exhibition (within Emotive’s office) of the artist’s broader work and a cover and editorial feature in The Beast, the premier monthly magazine for the beaches and bays of Sydney’s east.

The first artwork is by Jordan Ardler, a local artist who works with the La Perouse Youth Haven and the Gujaga Foundation to help build confidence and capacity of youth at risk of anti-social behaviours by teaching them about identity, community and culture. A proud Bidjigal woman, Ardler’s piece Greetings from Koojay subverts traditional postcard imagery, bringing the often unseen First Nations story of Coogee to life.

Says Ardler (pictured below): “I’m excited to launch The Alfreda Street Project with a piece that acknowledges local Aboriginal language, culture and people. We have worked hard to sustain our language and culture for thousands of years, and being able to showcase it in such an iconic part of Sydney near the beach front is an honour. If you look deep into the artwork it tells the rich story of the area through a local Aboriginal persons perspective. From the traditional practice of the annual mullet haul, to the way the light shines on the water and the smell of seaweed drying on the beach, this is what we know and named the area for.”

Says Paul Sharp, creative director, Emotive: “It’s a playful and yet meaningful way to connect Emotive to the area, the community and its cultural heritage, and feels like the perfect way to start a really bright creative initiative.”

Greetings from Koojay will be live on the Emotive wall at 27 Alfreda Street Coogee for the community to enjoy for the next six months, with new mural artists and initiatives to be announced.