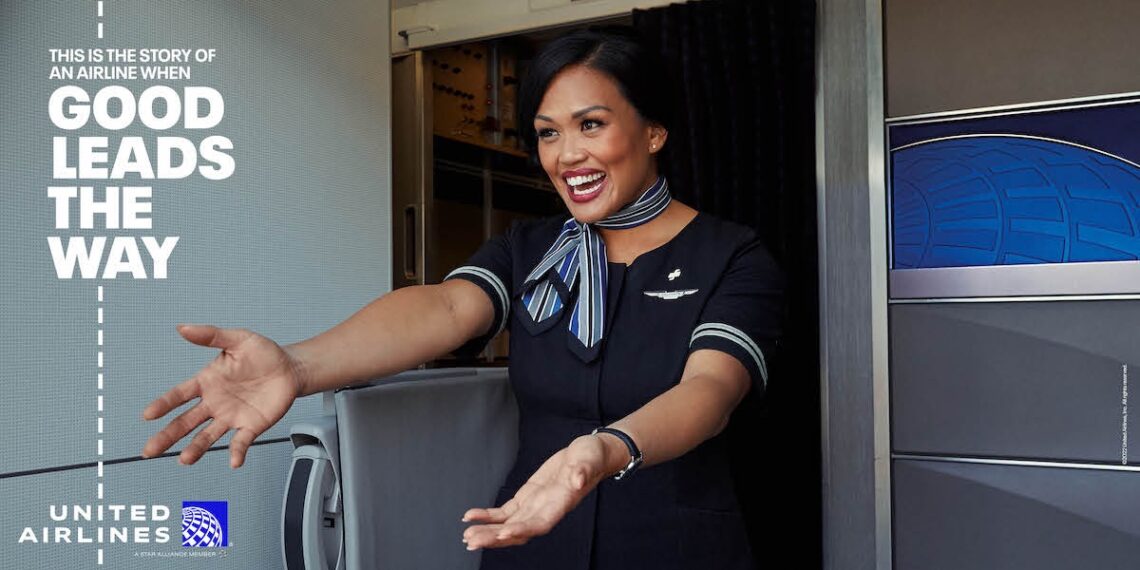 United Airlines today expanded its Good Leads The Way brand campaign to Australia – telling the story of United’s commitment to customer service, diversity and sustainability, and captures the optimism fueling the airline’s ambitions at a time of unprecedented demand in air travel between Australia and the United States. Good Leads The Way was developed with agency partner 72andSunny and launched in the United States in May of this year.

Australia is the first international market for which the airline has developed a localized creative campaign. Good Leads The Way is the airline’s first new brand campaign in a decade and coincides with the kickoff of new flights between Brisbane, Sydney and Melbourne and the U.S.

Says Maggie Schmerin, managing director of global advertising and social media, United: “United was the only airline to operate passenger service between the U.S. and Australia continuously during the pandemic. At points, only a handful of passengers were allowed on each plane, making it an expensive exercise, but one we believed was absolutely necessary to keep our two countries linked and a great example of what we mean when we say Good Leads The Way. Thanks to our relationship with Virgin Australia and newly launched flights from Sydney to Houston and Brisbane to San Francisco, there are more options than ever for our two countries to stay well-connected.”

The campaign includes several different pieces of video, digital, social and out-of-home content. United has created three new films for the Australian market – one that highlights how United’s Polaris business class offers travelers the best sleep in the sky and two others that take a playful tone to spotlight United’s partnership with Virgin Australia. At the heart of the campaign is a 60-second anthem video, which features a patchwork of employee and passenger-sourced photos and videos that tells the true story of an airline on a mission to be a force for good on their planes and in the world.

United has secured out-of-home, streaming, cinema, digital and social placements to launch Good Leads The Way in Australia – including a light rail train wrap in Sydney, a YouTube masthead takeover, and in-office elevator screens in all three cities. Geographically, United is focusing efforts on New South Wales, Victoria and Queensland to align with where the airline offers direct flights to the U.S.

How Good Leads The Way at United in Australia

SEXPO GETS NEW WORK UP VIA THE CORE AGENCY

SEXPO GETS NEW WORK UP VIA THE CORE AGENCY