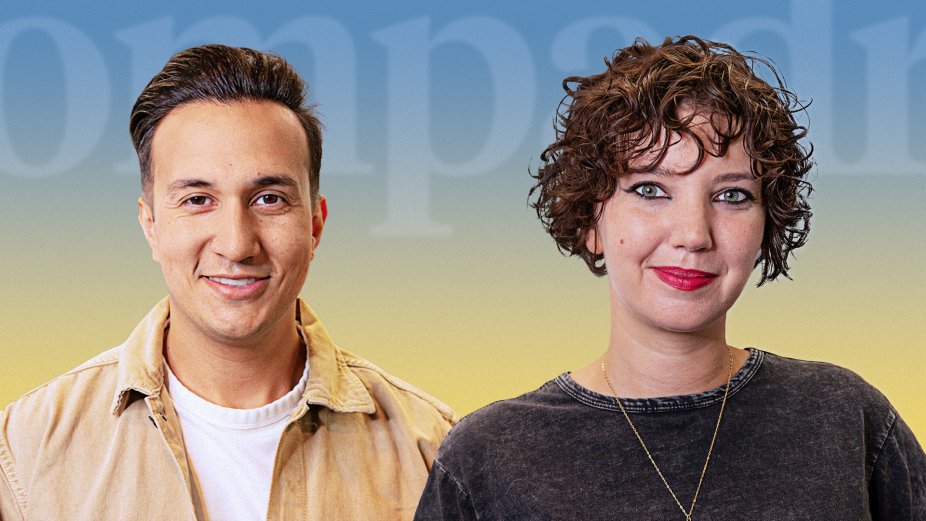 Creative marketing agency Compadre is making bold expansions to its creative department, welcoming creative director Jonathan Guillen and associate creative director Nikki Black. Guillen is a versatile designer, creative, and explorer, who has lent his strong artistic vision to some of the world’s largest brands. Black brings to Compadre a flair for copy, a wealth of experience on prior media campaigns, and a genuine love for genre audiences and properties. The incoming creative leadership is well-versed in innovative brand storytelling, having previously collaborated with Compadre Executive Creative Director Patrick Jones.

“Jonathan and Nikki are next-level creatives who have defined their careers around growth and innovation,” says Robert Blatchford, co-president of Compadre. “They bring unparalleled thinking and creativity to everything they touch, with a penchant for generating new ideas, over and over. As we set our sights on what true innovation looks like for brands, they’re the x-factors we’ve been looking for to make it all possible. I’ve been doing this for a long time now and continue to be impressed by talent like Jonathan and Nikki who will really push what Compadre does to the next frontier.”

For over a decade, Guillen has made a name for himself by providing bold solutions and outside-the-box executions that stand out among the crowd. Right out of art school, he joined R&R Partners as senior designer, immediately working with high-profile clients including Boeing, Warner Bros., and Western Digital. He next gained well-deserved notice as Art Director for Wonderful Agency, broadening his experience working with several of Wonderful’s brands, such as Fiji Water, POM Wonderful, Wonderful Pistachios, and Teleflora.

“Great creative is dictated by great leadership,” remarks Guillen. “I learned this early on in my career, having had mentors who not only taught me good design thinking but also empowered me with a bigger stake in the creative, even at a junior level. I look forward to taking the same approach leading creative teams at Compadre.”

Eventually, Guillen moved on to Stun Creative, now Known, to a role as associate creative director. Here, he worked across several exciting verticals, from 360 campaigns to digital, social, and beyond. His work on campaigns for entertainment heavy hitters like AMC, Audible, CNN, HBO Max, Netflix, Spotify, and others caught the attention of Compadre, where he can’t wait to get started.

When not busy creating at work, Guillen enjoys time with his wife, Jessica, and their daughter, Monroe, as well as brewing beer, collecting art, and capturing the world through his photography.

In just a few short years, Black has already built an impressive reputation as an innovative and hardworking creative who intuitively understands social campaigns, in no small part due to their genuine appreciation of fandom and genre storytelling. Initially majoring in Journalism, Black pivoted to the world of PR, starting as a Communications Associate for Trailer Park. There, they discovered a love of strategy, working with the department to co-develop a study on representations of women in media that was presented at Cannes Lions, and organized an associated Comic-Con panel featuring Issa Rae.

From there, Black followed their love of Internet culture to Mythical Entertainment, where they worked with the digital team to create talent-led videos and managed the social channels for Good Mythical Morning. This positioned Black for a social media contract at Montreal’s Just For Laughs comedy festival, before bringing their skills to red-hot horror and genre filmmakers Blumhouse Productions as their Social Media Manager. While there, Black got to indulge in their genre interests by collaborating with studios on social campaigns for Blumhouse properties and developing the strategy for the producer’s own channels.

Black soon moved on to Known, first as senior engagement specialist, and was eventually promoted to Associate Creative Director of Copy. There, they oversaw projects for Netflix, HBO Max, and DC Entertainment. Now, Black is eager to bring their knack for building communities that connect audiences to each other to Compadre.

“When I first saw Compadre’s work, I was impressed by how of-the-moment and trendy – but not cheesy – it was,” Black recalls. “In other places, there can be a dilution of creative that happens up the chain of command. I’m excited to be working in Compadre’s boutique space where I’ll have more room to grow creatively.”