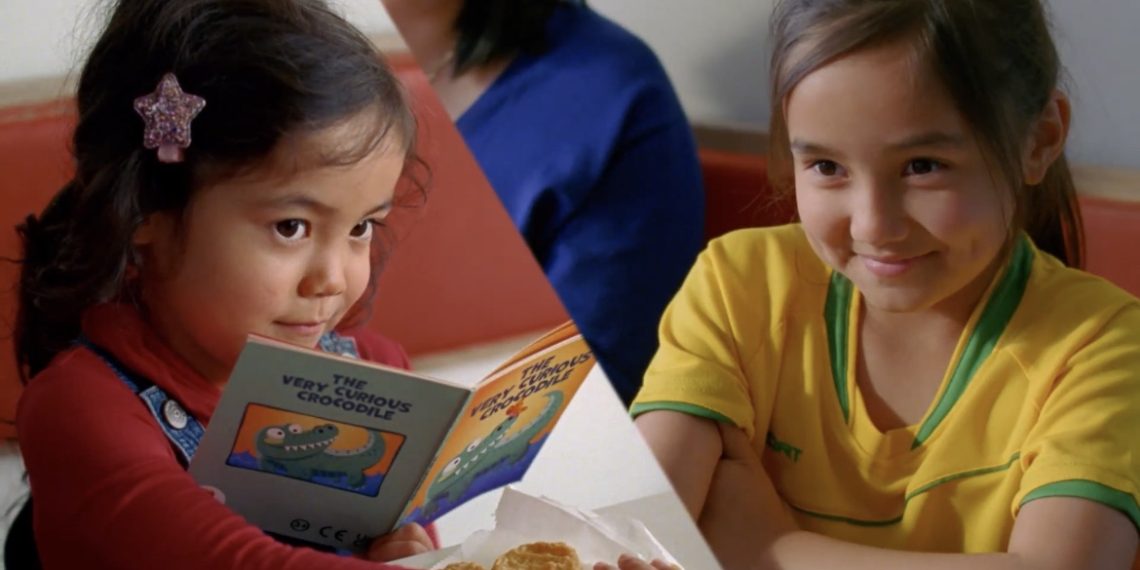 McDonald’s and advertising agency Leo Burnett team up with Merman director Ben Liam Jones in this charming film ’Happy Readers’ to show the importance of reading to a younger generation as well as providing accessibility to books.

One in five children in the UK say they don’t own a book. This is quite a staggering statistic. Given this, McDonald’s Trust has provided over 135 million books to children since 2013.

In the film we follow the journey of Connie, a little girl whose love of books transports her to magical, animated worlds as she loses herself completely in a good story. We see her in everyday scenarios; on the bus, on a walk, at a McDonald’s with friends, all with her nose firmly stuck in a good book. One little story can open her world to a lot of possibilities.

Ben Liam Jones says, “Combining animation, miniature builds and shadow puppetry was such a great opportunity to show off a more visual style to my work. The trust shown from the agency and client was so evident in how successfully it all came together.”

Siobhan Murphy says, “This was one of the most joyous jobs to be a part of from start to finish and it’s not often I say that! A lovely idea that for once didn’t become compromised along the way and the process with agency, client and everyone involved throughout the production has restored my faith in advertising. Job done.”