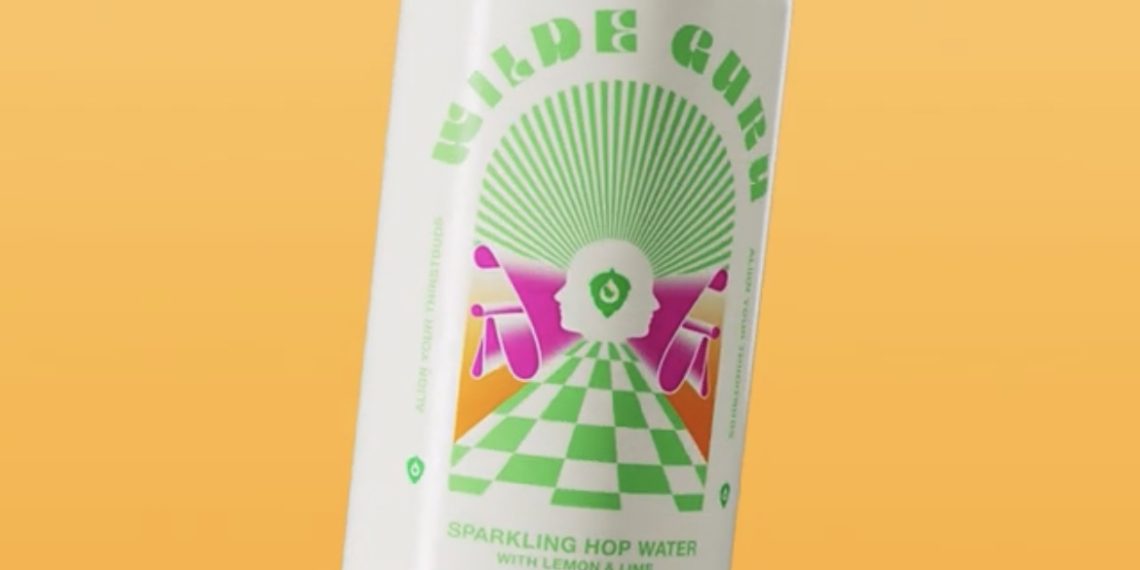 The product and unique psychedelic branding targets the growing cohort of ‘mindful drinkers’, those seeking refreshing, non-alcoholic beverages, while still wanting to participate in the ‘social drinking’ aspect of their favourite activities, including festivals, concerts and BBQs.

To capture the feelings of wellbeing and enlightenment derived from making more mindful beverage choices, Wilde Guru’s tongue-in-cheek personality invites drinkers to ‘Align Your Thirstbuds” through packaging and an integrated campaign.

Having recently repositioned their Wilde brand into the ‘better for you’ space, Tribe Breweries commissioned The TABOO Group to augment their core beer offering by firstly identifying the white space in the rapidly expanding NoLo (No to Low alcohol) category, then designing the packaging and communications to launch their sparkling hop water offering.

According to the Beer and Brewer research, 32% of respondents consume NoLo beer occasionally or regularly. With 60% expecting their consumption of NoLo drinks to increase.

Says Cam MacFarlane, commercial director, Tribe: “Consumers are now searching for more functional beverages with benefits (ie, no/low alc, low calories, gluten free, low sugar, less waste) that not only taste good, but also make them feel good for making that choice. Another big trend is that consumers are demanding more quality, variety, and better taste from the drinks themselves. For example, today, non-alcoholic beers are surprisingly great tasting, with little compromise, compared with two to three years ago. Wilde Guru seeks to offer all the good stuff, without compromise.”

Says James Mackinnon, managing director, The Taboo Group: “The integrated ‘one-stop shop’ proposition benefits our clients on a number of levels. Because we are managing the flow of insight and development from end-to-end, nothing is getting lost in translation between the functions. This means we got to spend more time pushing the creative and design further and focus on what’s going to have the biggest impact in market. Having a 360 view of Tribe’s business has also deepened our relationship with them and really positioned us to support them as a true business partner.”

Of working with the group, Macfarlane says: “We’re a lean team, so being able to deal with just the one agency end-to-end; from new product opportunity development, strategic and creative development, packaging design through to comms development and activation was so much more efficient and enjoyable because you know everyone is on the same page all the time.”

Bharat Media Group is the agency on record for Super4