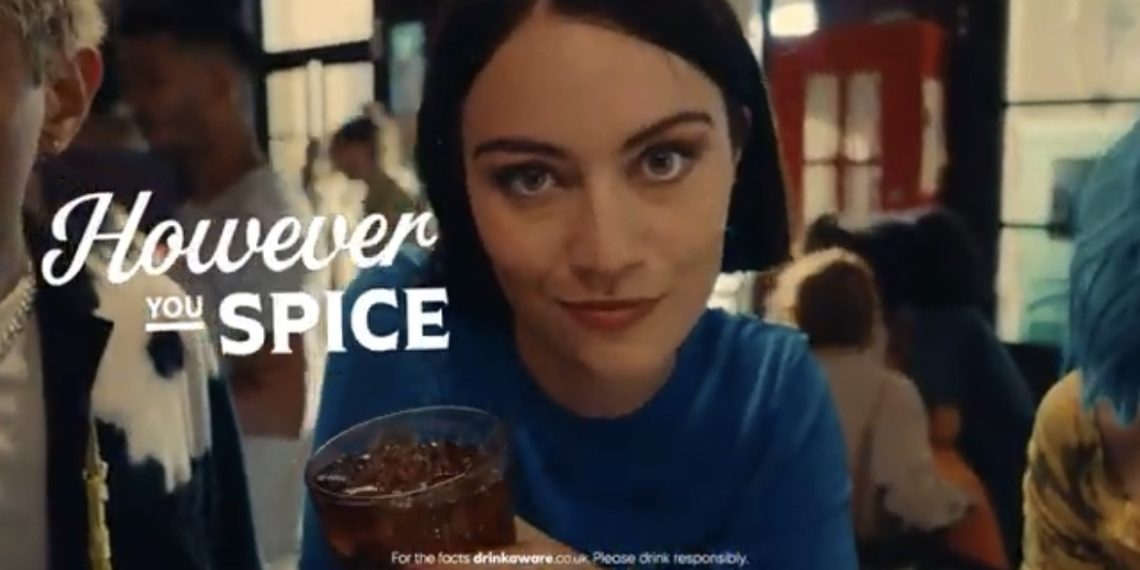 The digital first campaign – the first to reflect the brand’s new global ‘Spice On’ positioning – will run on social, digital and TV and is voiced by BAFTA-winning presenter, chef and MC, Big Zuu.

As consumers all around the world are seeking more fun and more freedom to authentically express themselves, the campaign celebrates the power of people just being themselves and bringing their own ‘spice’ to the table.

The 20 second ad sees groups of friends bringing their own individuality and bold tastes to life as they hang out and put their own twist on how to enjoy Captain Morgan. From unexpected twists – a Captain Morgan & Cola ice cream float – to the unique – as a flavourful complement to chicken wings. Each individual take on the drink is celebrated, with the voiceover affirming ‘however you spice, spice on.’

Samori Gambrah, global brand director, Captain Morgan said: “‘Spice’ is what makes Captain Morgan delicious, and in our new global positioning we’re shifting the focus to ‘spice’ as a collective ‘you do you’ attitude. We wanted this campaign to capture that everyone has their own ‘spice’ to bring. Big Zuu was the perfect partner to kick things off – his attitude, personality and passion for flavour exudes ‘spice’ at every turn.”

The ad has been created by global creative agency Anomaly, who worked with critically acclaimed director Ehsan and production company Friend London to bring it to life.

Ehsan, director of the new campaign said: “Captain Morgan is a brand full of spice and this ad showcases how people can add their own flavourful spin into the mix! In the ad you’ll see we helped bring this to life by introducing a twisting camera trick to enhance the visual experience of the ‘spice on’ moment. The brief really appealed to me – and it’s been a great experience from writing the treatment, to nailing the casting, all the way through to making sure the music bangs just right.”

Lizzy True, Great Britain marketing manager for Captain Morgan said: “The new ‘Spice On’ campaign is all about our delicious, spiced spirit drink and the ‘spice’ individuals bring when getting together with their mates. It’s been brilliant working with Ehsan and Anomaly to bring this to life, and I can’t wait for consumers to see the campaign.”

The ad launches in GB this month before being rolled out across Europe. It will be followed by cultural activations in Northern Europe in the autumn where influencers and content creators will all bring their ‘spice’ to the worlds in which they live.