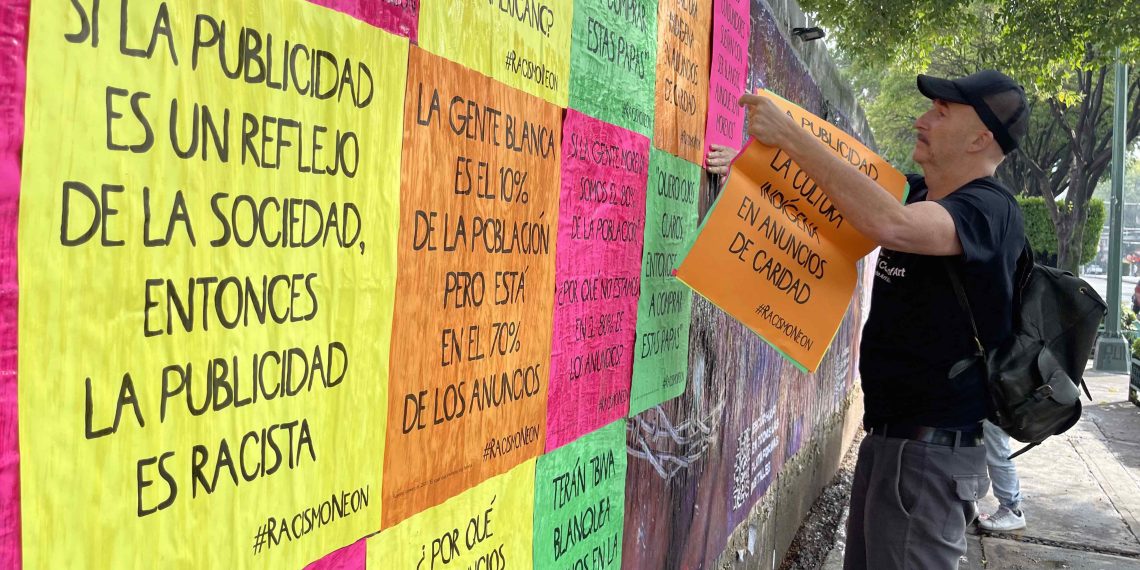 Typically, advertising contains two messages, one from the brand and one that reflects cultural thinking. Examples include adverts selling cleaning products that show stereotypes of women as housewives, or tech adverts that depict white men as head of companies. These messages re-enforce how society thinks.

Across the world, brands such as Nike and PayPal have been expressing solidarity with the Black Lives Matter (BLM) movement by issuing statements and adverts of support—from Nike adapting their memorable tagline of “Just Do It” by asking consumers “for once, Don’t Do It”, to the $500 million donation from PayPal.  In the post-Black Lives Matter movement period, adverts in the UK and US appear to represent a more diverse representation of race, undoubtedly also thanks to the positive impact of the BLM movement.

But has the Black Lives Matter movement made an impact in causing other races to be less discriminated elsewhere?

In Mexico, as in the UK, some businesses are still reinforcing discriminative concepts regarding who is aspirational, and who belongs where. For example, adverts for the Liverpool department store’s 2022 summer campaignprimarily feature light-skinned models, and the restaurant chain Sonora Grill classifies its customers by skin tone to decide where to seat them.

As part of my research project, I (Carl Jones) have placed 4,000 posters in Mexico City with the hashtag #RacismoNeon (Neon Racism), challenging the advertising community to produce less racist messaging. These posters contain headlines such as “Whites are 10% of the population but are in 70% of the ads” and “Advertising only shows indigenous culture in charity ads.” Ad agencies are slow to respond but the public and NGOs are using the hashtag on social media to show their support. I would argue that the appetite and motivation for this has been helped by the BLM movement which started a discussion and made it universally commendable to talk out against any and all forms of racism.

Through my project I am investigating racism in advertising and created these #RacismoNeon posters as part of a PhD research project. My findings indicate that in order to eliminate colonial thinking from advertising the industry should consider the following. First, eliminating negative stereotypes from advertising messages. Secondly, diversifying the workforce in terms of gender and race. The advertising agencies which are dominated by mostly light-skinned males in top positions require change, and even though more women are obtaining these roles, there needs to be more balance and far more racial diversity. Moreover, the typical casting call asks for “international Latin American look”, referring to models that have light skin, reinforcing supremacist ideologies that discriminate against people of colour.

I suggest that regulatory bodies that govern advertising should be more proactive, creating specific rules that guide the ad industry before and prevent offensive advertising in future.

These solutions will help reflect society properly, encourage inclusive messages, and eliminate colonial thinking from advertising now that the appetite seems to be there thanks to the BLM movement.

Burger King Kuwait harnesses the power of the traditional Gold Souk in a fun and lighthearted new commercial.

Burger King Kuwait harnesses the power of the traditional Gold Souk in a fun and lighthearted new commercial.

THE IMPOSTEROUS GUS WORLAND WANTED TO DO SOMETHING DIFFERENT BY THE TIME HE WAS 40, SO THE X-MEN PUT HIM WITH THE AUSSIE CRICKET TEAM