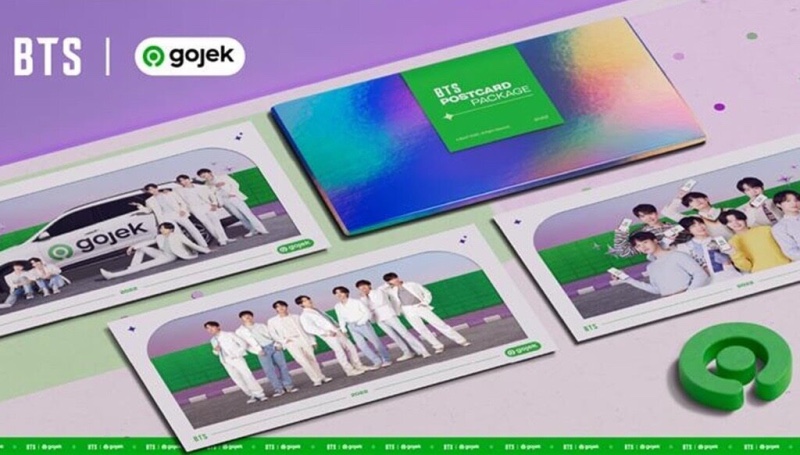 Gojek made headlines in June when it partnered up with K-pop boyband BTS for a campaign that cuts across Singapore, Vietnam and its home ground of Indonesia. Today, it has unveiled the latest part of its campaign that offers users the opportunity to get their hands on exclusive BTS-Gojek postcard packs throughout September to the first week of October.

Gojek Singapore’s head of marketing Mario Alvin told MARKETING-INTERACTIVE that the Gojek-BTS partnership has received plenty of love from fans and riders alike. Each week, the brand will be revealing the selected mall where consumers can get their hands on limited edition BTS merchandise, simply by taking a Gojek ride to get there.

Upon arriving at the selected mall, fans can find the team from Gojek who will be dressed in purple, show them the ride receipt to the mall and redeem the postcard pack. MARKETING-INTERACTIVE has reached out to Gojek for additional information.

Meanwhile, the Gojek-BTS partnership aims to paint the town purple and includes BTS-themed OOH placements accompanied by digital and social efforts across various channels. Aside from the exclusive postcards, Gojek Singapore’s ongoing promotions such as offering SG$3 off two rides to and from malls, as well as its 925 pass subscriptions for discounted off-peak rides, remain valid during the campaign period.

Meanwhile, the band had fans talking in June when they spoke about going on hiatus during a live stream. While Hybe, its parent agency, has since clarified that BTS is not taking a hiatus, it explained that the members will be focusing on more solo projects at this time. Nonetheless, shares plunged as much as 27% after the band said they will focus on solo projects. Bloomberg previously reported that the agency’s stock was down nearly 60% so far in 2022. BTS has collaborated with brands including Coca-Cola and Louis Vuittion.