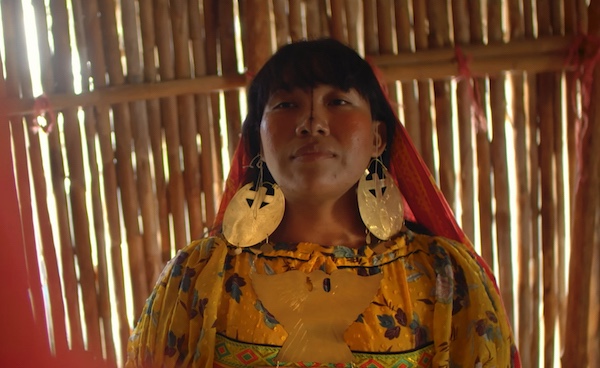 A new feature documentary produced by Sweetshop & Green and narrated by highly acclaimed actress and producer, Laura Dern, will make its debut at Melbourne International Film Festival (MIFF) next month.

The Endangered Generation? is your guide to surviving the Anthropocene. This film challenges the myth that our world is fundamentally driven by selfishness and competition – a story that for centuries has shaped our understanding of humankind and nature. Instead, we take the audience on an unabashedly positive and hopeful journey to reconnect with our environment and with each other – revealing a neglected side of human nature, and the potential of the diversity and deep connections that already exist in our world, hidden just beyond our view.

These stories take us deep into the jungles of Panama in search of the nature’s survival secrets; to the heart of the Antarctic to discover how art can change the way we see our world; into an experiment in radical collaboration playing out in the dense urban bustle of Indonesia; and into the fight to preserve the last of Australia’s Indigenous languages and the invaluable knowledge of our world that they contain.

The Endangered Generation? takes the audience on an epic journey with our unique characters, culminating in new revelations: that diversity and cooperation are the most effective way to create a resilient future, that First Nations speakers are crucial experts, and that art is the most powerful tool we have in creating a shared story of human survival.

The Endangered Generation? is directed by Celeste Geer (Then The Wind Changed), produced by Daniel Joyce (Martha: A Picture Story) and Gal Greenspan (MOJA VESNA), executive produced by Leila Conners (Ice On Fire) and Sharlene George (Beyond The Veil).

It is a Sweetshop & Green production in collaboration with Monash University and in association with Screen Australia, VicScreen, Melbourne International Film Festival Premiere Fund, The South Australian Film Corporation, Projector Films & VMLY&R. The film will be released in cinemas in early 2023 by Bonsai Films.

Says Celeste Geer, director: “This documentary is intended to provoke critical thinking about the fundamental assumptions on which our world is based. It’s an invitation for audiences to reconsider the ties that bind us and to see that the change we need is not only possible, it’s already in play. Hopefully the passionate individuals at the heart of this film will inspire others to engage with the most urgent challenges of our time.”

Says ​Monash University president and vice-chancellor Professor Margaret Gardner AC: “Monash University is proud to support this documentary, which brings together people from around the world to educate and inspire action. We recognise that the grand challenges of the age – climate change, geopolitical security and thriving communities – extend across nations. Our research is about understanding and solving these complex challenges. This means empowering communities to create real and lasting change. This documentary is about how we might better create a stable and permanent place on this planet for ourselves and for future generations.”

Says Gal Greenspan, co-managing director at Sweetshop & Green: “At Sweetshop & Green, our primary focus has always been to tell vitally important and culturally diverse stories that will shift people’s perspective and to then share these stories with as many people around the world as possible. The Endangered Generation? is all this and more. We’ve been blessed with brilliant partners and collaborators on the film.”

Says Caroline Pitcher, CEO of VicScreen: “The Endangered Generation delivers a powerful exploration of survival on earth which is set to spark important conversations across the globe. We are proud to support this innovative documentary and look forward to it captivating audiences at its premiere at Melbourne International Film Festival.”

In collaboration with Monash University