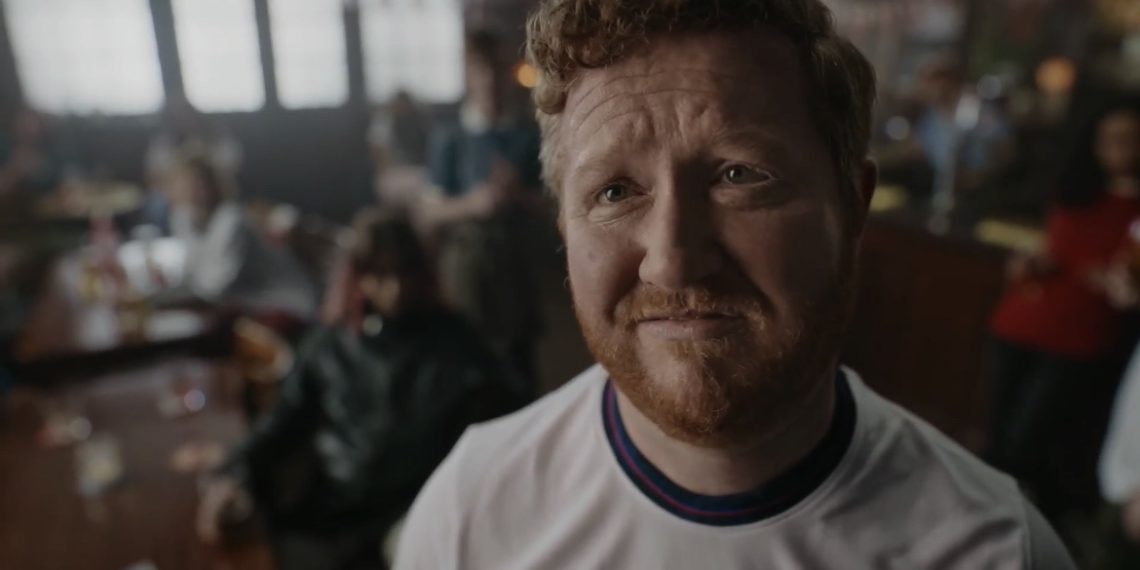 The&Partnership have worked with Snickers, who are partner of the England teams, to create a new campaign aimed at driving genuine support for England’s Lionesses.

The new pioneering campaign calls on the British public to go ‘full fan’ this summer – relaying the message that you’re only half-supporting England if you only support the men’s team. You’re only a full England fan when you support the Lionesses too.

Encouraging fans to change what they do, not just what they say, the campaign drives support for the women’s game, as well as the men’s – during a bumper summer of football.

Playing out across a variety of assets and media, the campaign gets England fans talking by busting the biggest myths surrounding women’s football, satisfying fans’ hunger for quality football content and even taking over stadiums – all with the aim of increasing support both on and off the football pitch.

A myth-busting series of GIFs across Twitter and Instagram challenges England fans to confront their automatic gender bias, while an England men’s friendly takeover (via posters, ad-vans and regional OOH) makes fans question what it means to really be a full England fan, with a 20 second core film showing the funny side of converting from a half-fandom to full England fan.

Christina Fusco-House, strategist at The&Partnership says, ‘’England fans are notoriously patriotic and proud – it’s not a hobby, it’s a way of life. But this only really applies when it comes to supporting the men’s side, with less than half supporting women’s football. So, as telling them they were giving less than 100% to their passion was unlikely to go down well, our message had to be encouraging and entertaining to spring their mental offside trap. By speaking to them as they pined for the Premier League and followed England Men at Molineux, triggering pride for their local teams, and challenging their footballing knowledge we will inspire an army of ‘Full Fans’ to watch our Lionesses bring it home.’’

Chloe Smith, senior brand manager, Snickers said, “From missing or being late to the birth of a child or a flight abroad as a result of watching football, we know that England is a nation of passionate football fans. However, we know you can’t call yourself a ‘full fan’ if you don’t support both the women and men’s football teams!”

We Are Undefeatable Returns to Celebrate How ‘Every Move Enables More’

We Are Undefeatable Returns to Celebrate How ‘Every Move Enables More’

The Metaverse – Think R&D Not ROI