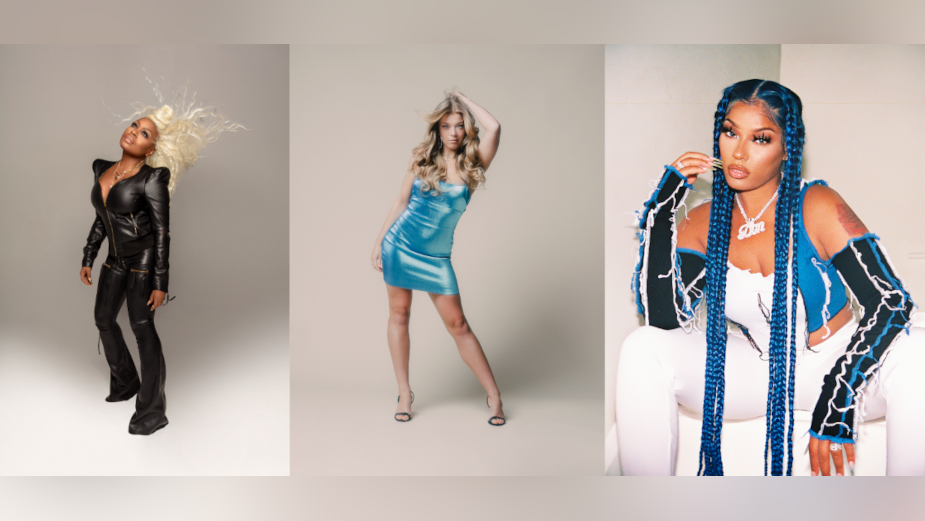 Pepsi MAX and UEFA are excited to reveal that the BRIT award-winning headline act, Becky Hill will be joined on stage by British MOBO award-winning rapper, Stefflon Don, and 90’s chart-topping sensation, Ultra Naté for the first-ever UEFA Women’s EURO Final Show Presented by Pepsi MAX on Sunday 31st July. This all-female line up will form part of history as the first live music production of this scale to take place at the UEFA Women’s EURO final, a landmark moment that will bring music and sports fans together to celebrate the momentum of the women’s game. Fans can expect a high-energy show-stopper from this dynamic trio that will celebrate female strength, power, and achievement – both on and off the pitch.

The exclusive show will be a summer festival-themed spectacle featuring neon colours, musicians and dancers culminating in a breath-taking finale that will see the three iconic artists performing Ultra Naté’s epic 90’s dance classic ‘Free’, which is guaranteed to excite and energise fans before the UEFA Women’s EURO final kicks off inside a sold-out Wembley stadium.

Stefflon Don commented, “I’m so excited to be performing on the Pepsi MAX stage inside Wembley Stadium – ahead of one of the biggest women’s sporting events in Europe. It’s an important time for female empowerment and I’m excited to be a part of it by putting on an unforgettable show”

Ultra Naté commented, “It’s an honour to be performing my hit track Free alongside two inspiring female artists on the Pepsi MAX stage. It is an iconic single that speaks about empowerment and therefore the perfect fit for this history making event. I can’t wait for the fans to hear it!”

Becky Hill commented: “I’m glad the news is finally out that I’m going to be joined by Stefflon Don and Ultra Naté on the Pepsi MAX stage to close the Final Show. I hope to see fans on their feet, singing Free alongside us on Sunday”

Pepsi MAX has been a key UEFA partner since 2015 across both men and women’s football, and it has grown to become the company’s largest global platform, connecting people from all over the world through their passion for football. Year upon year, Pepsi MAX continues to strengthen its presence and commitment, and this year putting the women’s game at the forefront. Pepsi MAX believes in football as ‘One Game’ to be enjoyed by everyone without discrimination and with equal opportunities for all.

This year’s UEFA Women’s EURO Final Show performance will air in over 16 countries in Europe and several territories around the world, just minutes before one of the biggest games of 2022 women’s football kicks off. Fans are invited to soak up the atmosphere ready for when the show begins, whilst those at home will be able to tune in via their local broadcaster and through the official UEFA TikTok, with pre-registrationavailable now.

Media.Monks Crashes Onto the Forrester Wave for First Time