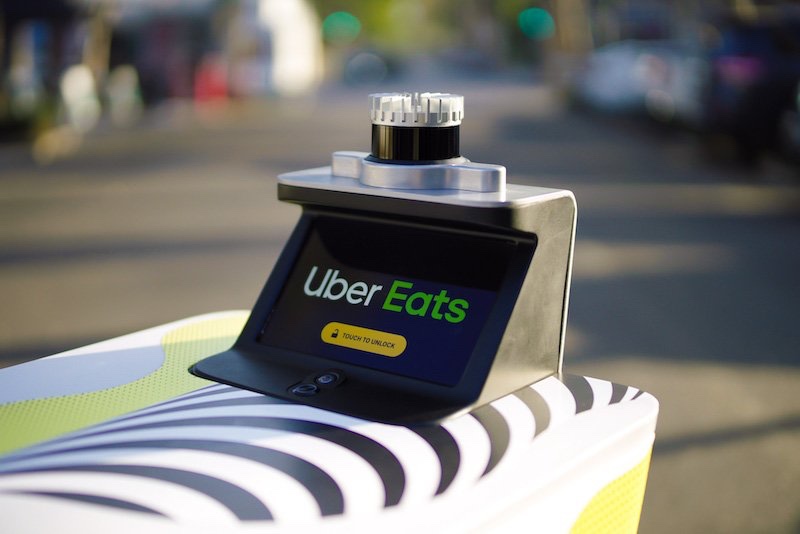 Both of the pilots will initially deliver food from only a few merchants.

Serve’s part of the initiative will focus on shorter trips in West Hollywood. Motional’s will handle longer distance deliveries in Santa Monica.

Customers who place food orders via the Uber Eats app can opt to have their order delivered by a robot.

They will see a confirmation screen, receive app notifications and be able to track the robot’s location as their order approaches. Once it arrives, they can use the Uber Eats app to open the robot and retrieve their order.

“We’ll be able to learn from both of those pilots what customers actually want, what merchants actually want and what makes sense for delivery as we start to integrate our platform with AV companies,” says a company spokesperson.

“The hope is that they’re successful and that we learn over the coming months, and then figure out how to scale.”

In the UK, meanwhile, Tesco has teamed up with Uber Eats to help expand its Whoosh rapid grocery delivery service.

The supermarket giant launched Whoosh, which aims to deliver food and drinks in under 60 minutes, in May 2021 and it now covers 200 Express outlets across the UK.

The deal with Uber launches from 20 stores, including Edinburgh, Bradford, Portsmouth, Norwich, St Albans and Letchworth.

Tesco says that the partnership will help towards the target of offering the service from 600 locations by the end of 2022.

Alex Troughton, Head of New Verticals and Grocery at Uber Eats UK, says: “It’s clear that the needs of businesses and consumers have been rapidly evolving in recent years and that trend is accelerating.”

“This exciting new partnership will harness the best of Uber’s technology to power superfast Tesco deliveries across the UK.”

“It is proof positive of the momentum we’re seeing in our groceries and retailer delivery offer, and we’re committed to providing world class solutions to our partners.”

MONASH UNIVERSITY ASKS THE QUESTION: IS THE NEXT GENERATION ENDANGERED? IN NEW WORK VIA VMLY&R

THE AUNTIES + YOUNGBLOODS HOST SELL-OUT PANEL DISCUSSION ‘PLAYING IN THE BOYS CLUB: HOW TO RECOGNISE AND OVERCOME IMPOSTER SYNDROME’