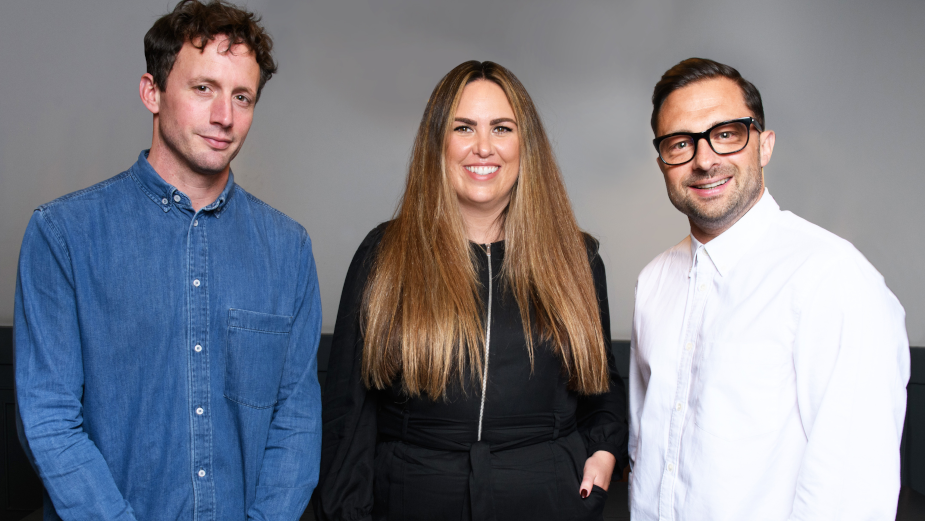 Alicia joins the team from Joint

Alicia completes the agency’s line-up of squad leads alongside existing managing partners Humphrey Taylor – Saatchi’s head of brand management who sits over a squad as well as the whole department – and Jonathan Tapper. As brand lead and managing partner she will be responsible for clients including Visa, Siemens and British Heart Foundation.

Saatchi’s new squad system model is designed to help the agency get to better work, stronger growth and deeper partnerships, as well as accelerating talent and helping to deliver on the company’s mission to make the most influential creative ideas in Modern Britain.

Alicia joins Saatchi & Saatchi from Joint, where she spent seven years and was responsible for driving growth with some of the agency’s biggest clients including Amazon, TSB and Vue cinemas. As partner, she led teams to grow the global Amazon Web Services relationship, helped TSB to become the UK’s most recommended and fastest growing high street bank, and developed Vue’s ‘Get Lost’ platform with John Boyega and Ridley Scott. Alongside her client work, Alicia led a number of agency-wide initiatives including new business and helping the agency to attract and train a diverse pool of talent across all levels and disciplines.

Prior to Joint, Alicia spent six years with OgilvyOne where she led British Airways’ creative technology business and was part of the team that created the ‘Magic of Flying’ digital billboard, which won the Direct Lions Grand Prix at Cannes in 2014. Whilst at Ogilvy she was recognised as one of the network’s Rising Stars. Alicia started her career in media, planning and buying for global brands such as Apple, American Express and Sony.

Sarah Jenkins, managing director of Saatchi & Saatchi, said: “One of the driving forces behind the squad system is the ability for us to accelerate and empower our next generation of leaders. Alicia is exactly that. She is a modern leader with a proven track record of galvanising teams to create influential and effective work. Alongside Jon, Humphrey and all of our brilliant Squad leads, we’ve assembled an awesome line-up to propel our clients, our talent and our agency forwards.”

Alicia Iveson said: “I’m incredibly excited to help drive the next epic chapter of Saatchi & Saatchi. Chris’s vision for the agency really resonated with me and I truly believe that the collaborative squad structure is essential for agencies and their clients today as the way to better work. This reboot, supported by the incredible leadership team and the heritage of the Saatchi brand, will lead to something really special and I can’t wait to work with the team to make it happen.”

Saatchi & Saatchi’s new squad structure sees the agency divided into three client squads, each with a brand, creative, strategy and production leader at the helm who are responsible for the work, P&L, clients and culture of their teams. Each squad reports to and is directly supported by the agency leadership team, and receives further support from specialist partner teams within the agency such as growth, finance, talent and and ops.

Alicia’s appointment follows Saatchi & Saatchi’s announcement last week that it has hired Olivia Stubbings as strategy partner. The agency has had a strong start to 2022 with a series of new business wins including the iconic Churchill advertising account and the global Siemens creative business. Creative highs include British Heart Foundation’s ‘This is Science’ in January, and continuing the much lauded BT Hope United campaign by teaming up with EA Sports to launch Hope United’s kit into FIFA 22 Ultimate Team – the biggest sports video game on the planet.

Kelly Fredrickson, president of MullenLowe Boston and mother of four, on the importance of saying no and why you don’t need to explain yourself – to anyone

Kelly Fredrickson, president of MullenLowe Boston and mother of four, on the importance of saying no and why you don't need to explain yourself – to anyone