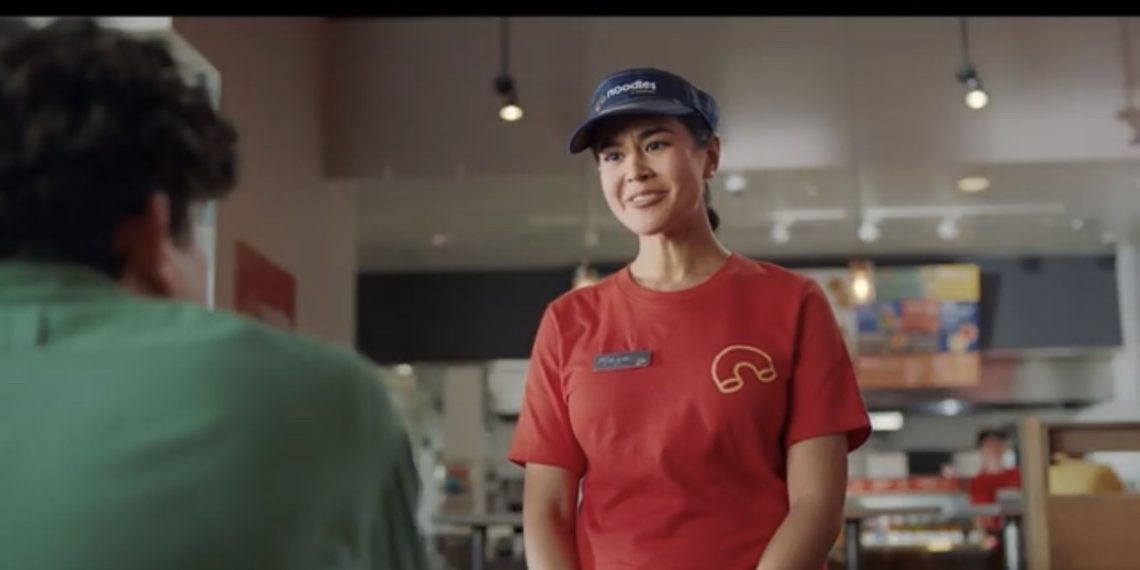 To help show what “Uncommon Goodness” is all about, the creative tells the story from the perspective of “Noodles’ Biggest Fan,” an uncommonly delightful, loveable and quirky guest who embodies the brand’s uniqueness. He loves the restaurant so much that he never wants to leave. Videos and social content convey how the great variety, freshness, convenience, and good people are a bit uncommon in the fast-casual category—and the rest of the world—and it’s this kind of goodness that Noodles wants to share.

“This new ‘Uncommon Goodness’ platform is a simple articulation of the indescribable feeling our fans get at Noodles & Company,” said Stacey Pool, CMO at Noodles & Company. “The ‘Noodles’ Biggest Fan’ character is an homage to the great customers and fans we love to serve every day. We hope the spirit of the campaign communicates this emotional connection to the Noodles brand beyond the rational, functional needs that our menu and our team members already deliver.”

“Noodles’ Biggest Fan” will run nationally on CTV and digital media, including Facebook and Instagram. The campaign will spread across OOH (with focus on Denver and Chicago), digital, audio, and gaming via an integration with video-game network Anzu. The executions consist of two :30s, three :15s, four :06s, and nine OOH placements.

As part of the launch, Noodles & Company chose AOR Fortnight Collective to help refresh its brand identity. While core elements like logos and colors remain intact, photography, fonts, logo usage, and the overall visual look and feel have been modernized.

Also new: an exclusive offer for Noodles Rewards Members. They will be the first to try the new low-carb, high-protein pasta, LEANguini.