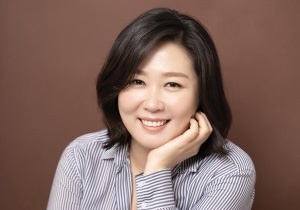 When Minyoung Kim joined Netflix over five years ago, its Korean operations were so small that the unexpected happened.

“We had a show we were excited about that came to us with the writer, the director and the cast attached to it,” she says. “When the cast found out that it was going to Netflix, they cancelled it. They decided not to appear in that show, that’s how small we were.”

Kim is the VP of content for Asia Pacific (excluding India), the streaming giant’s second-largest territory for paid subscriber growth. As former VP of content for Korea, Southeast Asia, Australia and New Zealand, she expanded Netflix’s remit to invest $500m in Korean TV series and films in 2021.

Kim says the criteria for production is similar globally, with Byron Baes, Heartbreak High and Boy Swallows Universe representing some of the commissioned projects in Australia.

“We have been here for a long time but we’re just really starting when it comes to our local content and the strategy here is not that different from what we’re trying to achieve in different countries,” Kim says. “Now, the difficult thing about Australia compared to Korea or Japan is language. The fact that it’s in English often makes it difficult for others outside of Australia to really see the difference in what’s truly Australian.

“So what the team here is trying to do is really find those stories that our Australian audiences can resonate with; that tell a true story of Australian day-to-day life and make sure these stories meet our global audiences so that they do understand, ‘oh this is a truly Australian story’.”

Recalling the rise of Netflix Korea, Kim says Australian investment is currently in its initial phase.

“We are at the very early stage of really developing our local slate and I know that a lot of our partners in the industry have oftentimes found it difficult to really reach our team,” she explains.

“We are a very small team right now and what I’m hoping is that every single show that we bring onto the service will help us get more bullish about the local content programming in Australia and Australian content for the world so that we can continue to invest more.”

“So, I see this as a journey for Australia right now and our team will really partner with some of those established producers. If you have a great story, what we really need – and we also want to make sure we grow together with the whole eco-system,” Kim says.

“So, really finding those producers and the partners that know how to work with us right now and sort of really figuring out how to pitch shows to Netflix and really understand what we’re looking for.

“At the very early stage, I think that will be how our teams want to collaborate with the local industry and the local producers in the market. And when our slate becomes even bigger and our team becomes bigger, we will be able to partner and communicate and talk to each of our producers and creators and become – you know, make more Squid Games from Australia.”