by Roastbtrief
in Brands, Marketing
Reading Time: 2 mins read
A A 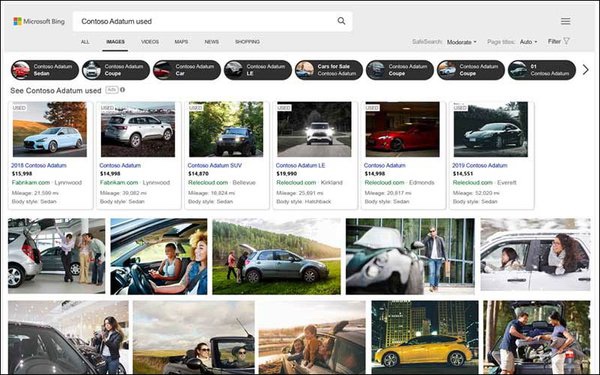 During the event, Rob Wilk, corporate vice president of Microsoft Advertising, said the Redmond, Washington division now supports an audience of 1 billion people who are 15% more likely to spend. “These are 296 million people worldwide who cannot be reached on Google,” he said.

“This will unlock the opportunity of 11.6 billion incremental annual searches,” he said.

The key opportunities for growth include Microsoft’s expansion into Japan, and the ability to create a “Truly free open and trusted web.”

Rukmini Iyer, distinguished engineer and CVP at Microsoft, spoke about new product releases across channels with support from Xandr, which brings in video.

Microsoft has Edge and Rewards, but made a major announcement at Elevate — the addition of cashback promotions in the form of an ad intended to incentivize shoppers through rebates on purchase.

The company also announced Ad Creator, which will allow advertisers to find stock images, pull images from their website, and edit photos in the tool.

And while Microsoft engineers continue to innovate with new ad products — rolling out features globally, rather than regionally — much of the division’s growth continues to come from the Microsoft Audience Network. The company said it is the fastest-growing product in the advertising division, exceeding 5.5 times click volume during the past two years.

The network has expanded into 64 markets to offer video ads, native, and more and continues to release automated, vertical search ads such as professional services through the Microsoft Search Network.

Chewy Celebrates ‘May the Fourth’ With Contest

Chewy Celebrates 'May the Fourth' With Contest