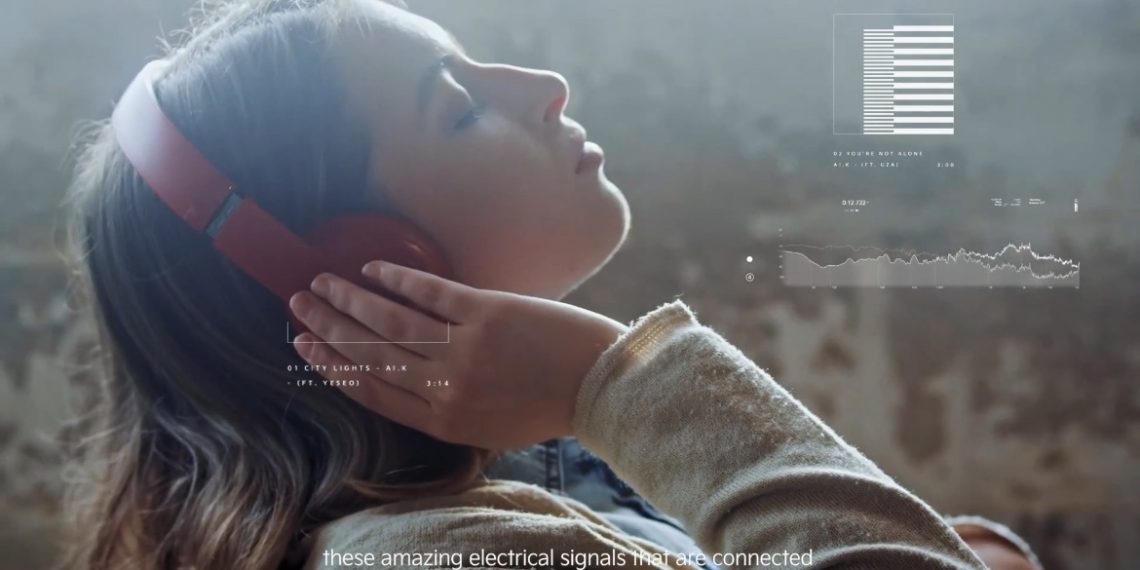 Continuing Kia’s mission to inspire their target audience through movement, creative agency Innocean Berlin have collaborated with DaHouse Audio to take this idea even further.

Innocean recruited Katherine Templar Lewis, a Creative Neuroscientist and Futurist, to help explore what effects sounds and music have on the brain.

This led to the insight that the sounds of movement found in nature such as beach waves, grass blowing in the wind and rainfall, create what is known as ‘pink noise’, a sound frequency that is very effective at eliciting the flow state. A mental state which helps to trigger inspiration and creativity.

With the help of DaHouse Audio the sounds of movement in nature were captured all over the world and turned into a special synthesizer.

Lucas Mayer, DaHouse Audio: “Pink noise is the sound of nature, the sound we hear when in the middle of the forest or when listening to a river running. To create the instrument, we recorded sounds such as the Cheonggyecheon river in Korea; winds in the Sahara Desert; beach waves in Scotland; birds and rain falling in the Amazon rainforest.”

Katherine Templar Lewis, Creative neuroscientist & Futurist: “Pink noise echoes with the frequencies of nature and it’s one of the most powerful sounds that we know. Science has proved how our brains are evolved to respond to these frequencies positively.”

After successfully testing the effects of the Kia instrument on people’s brains using EEG equipment, the synthesizer was used to create Kia’s entire sonic communication: including their new sound logo, feature sounds in new Kia vehicles, as well a four-track album created by WAVE, the first artist to exist entirely in the metaverse.

But the project doesn’t stop there, the instrument has been made available to everyone as a downloadable VST Plugin to inspire and encourage creativity around the world.

Users can play the instrument on desktop, and with professional recording software.

Kia have also partnered with next-generation entertainment company, SoundCloud, to bring fans the full Kia instrument experience and inspire artists around the world. The partnership features music from emerging artists created with the synthesizer, a podcast telling the story behind Kia’s sonic journey exclusively on SoundCloud,  documentaries that explore the link between movement and creativity, and a contest giving artists the opportunity to be featured in a global ad campaign and win 5,000 USD.

Gabriel Mattar, European CCO Innocean Berlin: “We wanted to make ‘Movement that inspires’ more than just a campaign claim but something tangible, something that could really inspire people and help bring their ideas to life. And this new instrument does that. Not only does it allow you to create your own music, but it is also scientifically proven to inspire you.’

Why Advertising and Dislexia Go Together like Art and Copy