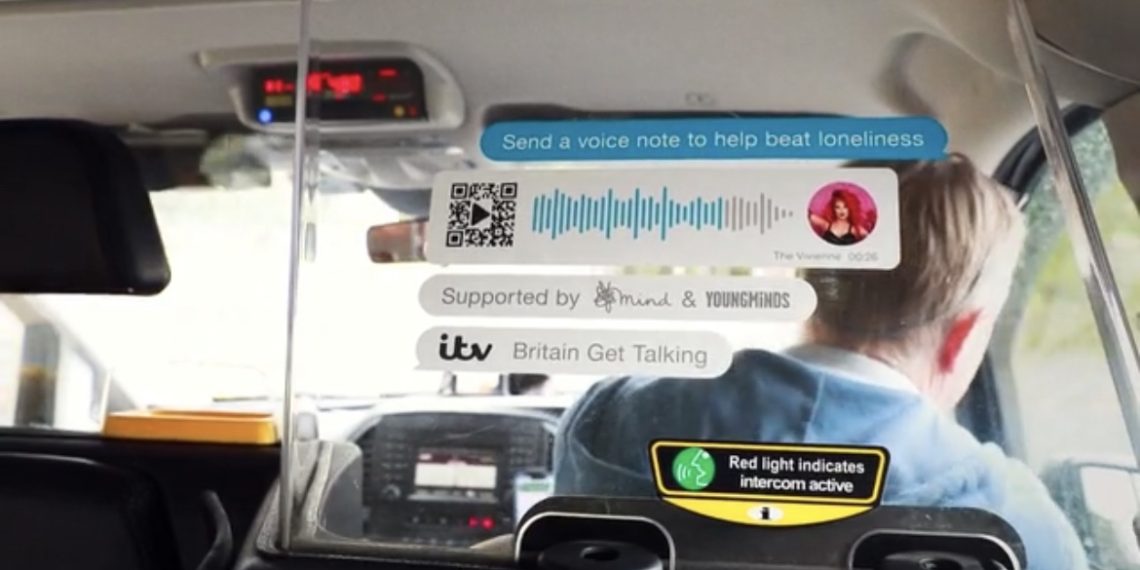 Loneliness can strike anyone, anywhere. From young to old. From Friday nights in, to pub nights out. Alone in a waiting room, or surrounded on the tube. But no matter where, or when, or who loneliness strikes, there’s often one thing that can help — the power of a voice.

To mark the theme of ‘Loneliness’ for this year’s Mental Health Awareness Week, ITV have launched the next iteration of the UK’s most recognised mental health campaign, Britain Get Talking, supported by Mind and YoungMinds.

The new campaign titled ‘Voices Against Loneliness’, created with Uncommon Creative Studio, this time encourages the nation to send a voice note and help beat loneliness.

Just hearing someone’s voice has been proven to reduce stress and anxiety.

Voice notes are an easy way to reach out and let someone know you’re thinking of them. And you can record them just about anywhere.