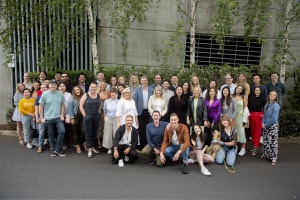 Icon Agency has grown its Sydney footprint with an expanded office while announcing four new hires.

The new, two-storey office is located on the water at Pyrmont’s Jones Bay Wharf and houses an expanded Sydney team.

“Our pace of growth over the last two years has been astounding,” said Icon Agency co-founder and managing director, Joanne Painter.

“From 38 people in late 2020 to almost 80 staff now, this rapid expansion has been an exhilarating journey, which we hope to continue.”

Meanwhile, Gerard Roche has been promoted to chief operating Ooficer for the Group.

Icon’s growth has been driven by strong performance which saw the agency double its revenue in 2021. A new, multi-year contract to provide content and translation services to the Federal Department of Health’s ageing team headlines the firm’s recent business wins.