by Roastbtrief
in Marketing
Reading Time: 1 min read
A A 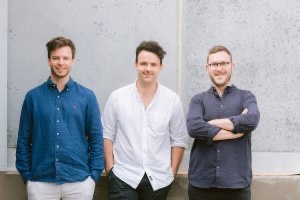 Half Dome has been appointed as the full-service media agency of youtime ahead of the brand launching into the Australian market.

Youtime, a considered curation of content, products and services all designed to help enhance Australians’ ‘you time’, is the brainchild of Steve Terry, an Australian businessman with 25 years’ experience building wellness legacies in Sweden.

Youtime founder Steve Terry: “After speaking to a few select companies, we were impressed by Half Dome’s attitude, ideas, proactiveness, and track record. The process since engaging them, even pre-launch, has been exceptional and we feel confident entrusting Half Dome to take us to market and spread the word about the youtime movement.”

Rhett Mitchelhill, group business director, Half Dome, said: “What struck us upon initially meeting the team at youtime, was their entrepreneurial spirit. We’re looking forward to seeing youtime’s growth explode over the next several years and beyond.

“Youtime is a great addition to our client portfolio and a group of people we already love working with.”

The youtime appointment follows Half Dome’s wins of the Petspiration Group (PETstock) in Australia and New Zealand and Australian craft drinks company Mighty Craft, as well as the acquisition of traditional media agency Consumedia in late 2021, shifting the agency from being digital-only to digital-first.