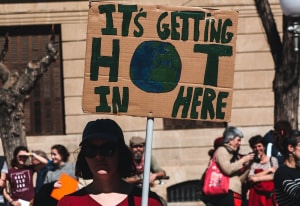 Global environmental activitist group Greenpeace has warned advertising agencies about working for AGL as the energy group opens its creative and media accounts to pitch.

CHEP is AGL’s creative agency while UM handles media buying which in 2018 was about $23 million in annual billings.

An AGL spokeswoman: “As part of our regular business processes, we are currently reviewing our creative and media agency partners. We began this process several months ago and our aim is to ensure that the way we work with our agency partners is purpose fit for our business needs.

“Agencies have been invited to pitch, including incumbent media and creative partners.”

But Greenpeace says it will “go full Greenpeace” on any company that supports AGL.

And he says agencies who work with the company are complicit in its misleading practices.

“AGL is the biggest climate polluter in Australia, and plans to keep burning coal all the way through to the 2040s, far beyond the coal closure timeline needed to ensure a safer climate,” says Walker.

“But despite this, until recently AGL’s enjoyed a misleading reputation as a ‘sustainable’ energy provider, packing its ads full of wind turbines and solar panels to greenwash its public image.

“Ad agencies who work with AGL are complicit in rolling the turd in glitter, and act as enablers to AGL’s coal habit. Agencies will face increasing environmental and reputational pressure if they align with this dirty company.

“As AGL’s on the hunt for a new agency to rehabilitate its public image after its demerger debacle, any agency considering a pitch be warned – we’re prepared to go full Greenpeace on any company that supports AGL’s coal-burning destruction of our climate.”

“AGL is Australia’s largest greenhouse gas polluter by far, and yet it continues to portray itself in marketing materials as being sustainable and progressive,” she says.

“An agency that helps AGL greenwash its reputation is delaying the immediate and drastic emission cuts needed to save the Great Barrier Reef, our biodiversity, our wellbeing and our health.”

Billionaire and Atlassian co-founder Mike Cannon-Brookes, who now has a 11.28% interest in AGL and is a donor to Climate200 funding candidates in the federal election, is tryiing to stop the company separating its coal generation business from energy retailing.

Greenpeace Australia Pacific launched a major campaign against AGL in 2021, with creative from Monster Children declaring the company as “Australia’s Greatest Liability”.

Greenpeace was subsequently sued by AGL who alleged the ad campaign breached copyright law. AGL lost in the Federal Court.