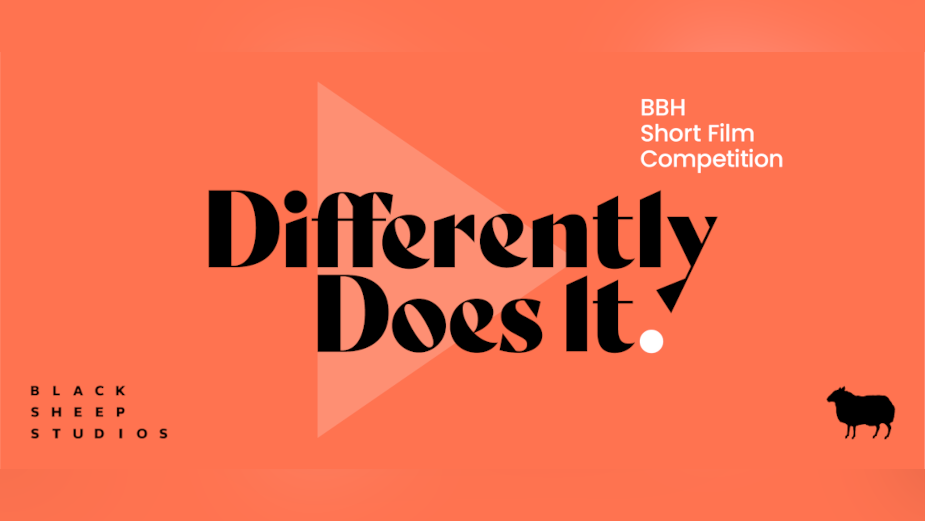 “We didn’t hire the most famous directors. We hired talented directors and made them famous” – Sir John Hegarty

BBH is marking its 40th year with the launch of a global short film competition. Four filmmaking teams from four different countries will be commissioned, with the aim of finding more diverse voices in film and supporting the next generation of creative talent from around the world.

‘Differently Does It’ will launch on April 28th in the UK, US, Shanghai, Singapore and Mumbai, with a brief themed around ‘Difference’. Applications will open via a dedicated portal on May 4th, and will remain open for four weeks. The four winners will be selected in July with each receiving a budget of £20,000 to create four short films. In addition, they will receive a masterclass from a renowned director as well as creative guidance from BBH creative leaders to support the development of their vision.

The four films will be premiered in a showcase in London in December 2022, and launched on the international film circuit at the end of the year. The four winning teams will be selected from across BBH’s locations, with one winner from the UK, one from the US and two from Asia.

Karen Martin, CEO at BBH said: “Nurturing artistic talent is in our DNA and our roots are forged in telling stories through film. We’re incredibly proud of that legacy and with ‘Differently Does It’, we aim to find and support the next generation of filmmakers from around the world.”

Alex Grieve, global CCO at BBH added: “The best way to predict the future is to invent it. ‘Differently Does it’ is a launch pad for a new generation of film-making talent not just to rocket into culture but to shape it moving forward.”

The winners will be selected with a focus on supporting talent from under-represented backgrounds. Their ideas will be judged by a panel of filmmaking and creative experts including playwright and screenwriter Rita Kalnejais, alongside a panel of creative leaders from across the BBH Global network.

Stephen Ledger-Lomas, chief production officer explains: “We wanted to pay it forward and invest in the creative visionaries of this new generation. Differently Does It is an idea that is borne from BBH’s legacy in engaging with and nurturing emerging talent and placing our belief in raw talent rather than status; essentially investing in the power of difference.”

Differently Does It launches as BBH enters its fifth decade with a new generation of leaders at the helm, with CEO Karen Martin (who recently scooped the Gold award as Campaign’s head of Agency of the Year in the creative category) assembling a team of top-ranking executives with an ambition to create the best work of the agency’s history.

One of the world’s top creative directors, Alex Grieve, joined as global and UK chief creative officer, Helen Rhodes joined as ECD from BBC Creative and Rosie Collins took on the position of head of strategy. Martin also promoted from within to see Holly Ripper take the managing director role, and Stephen Ledger-Lomas as chief production officer.

Martin added: “With 40 years of creative heritage to our name we are looking forward to delivering the next wave of creative excellence at BBH, through our unwavering belief in the power of creativity and celebrating difference. We want to make the best work of our history, in our future. The best is yet to come.”

As part of its ongoing Unsigned initiative in the UK, BBH will continue to bring together some of the most exciting and progressive artists, photographers, filmmakers and illustrators in the country. BBH will also continue to play a leading role in the Unsigned Union, which launched in 2021 alongside four founder agencies to provide a vital platform for underrepresented and unsigned creators.