by Roastbtrief
in Advertising, Agency
Reading Time: 4 mins read
A A 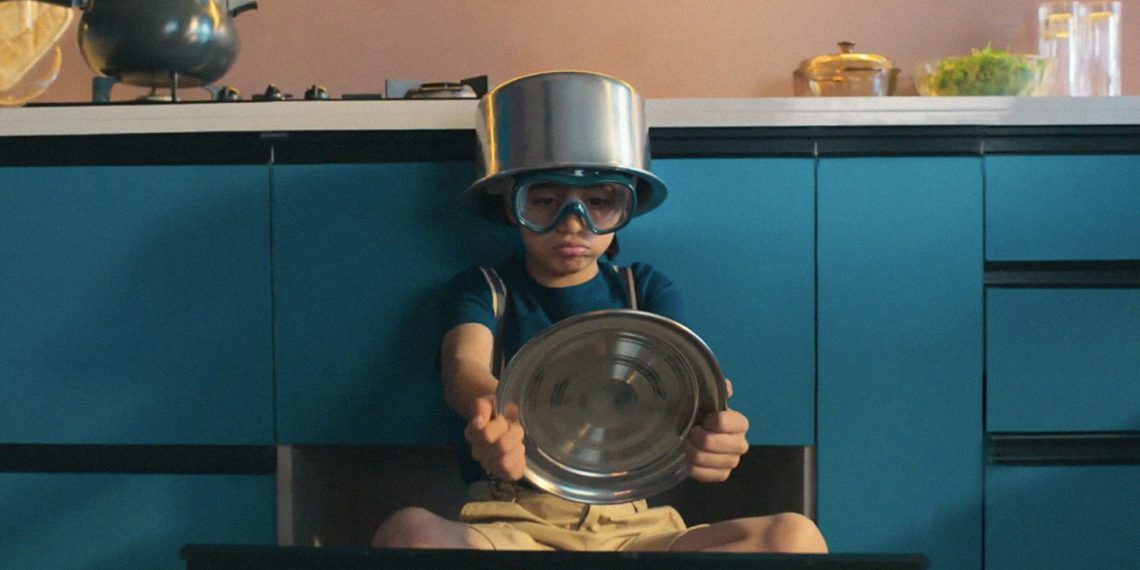 NEW DELHI, INDIA — Ozone, in partnership with Dentsu Impact, has launched its latest campaign, ‘Hum Sab Sambhal Lenge’. While most German kitchen hardware brands want us to dream of kitchens like five-star lobbies, through this campaign, Ozone takes a more pragmatic and honest look at what a real Indian kitchen is.

Conceptualised and executed by Dentsu Impact, a dentsuMB company and the creative agency from the house of dentsu Creative India, the series of five quirky and honest films are individual stories of people in the kitchen in a microformat. They remind us of how our kitchens are a different ball game altogether from the dreamy advertisements we are fed. The films beautifully capture these slices of life, emphasising that the brand understands the consumer efficiently. They showcase kitchens witnessing pots and pans flying in moments of passion and where the in-house brat pulls out the drawer to play the harmonium. With this, the brand underlines the stringent testing that the products undergo, which gives it the confidence to promise that no matter what happens, ‘Hum Sab Sambhaal Lenge’. For the record, the campaign has garnered huge success with not just Ozone’s TG but also with everyone else who can relate to the Indian kitchen.

It is pertinent to note here that the kitchen hardware market in India is fragmented with many local players but with only a handful enjoying the recall of the big players. However, the European origin brands tend to focus more on aesthetics than on addressing what real kitchen conditions need. Here, Ozone saw a great opportunity to position its durable and world-class products that offer unmatched value. Value to a segment that is continuously growing and on the lookout for the kind of quality and assurance that otherwise is typically associated with foreign brands.

Abhishek Aggarwal, President, Ozone Overseas said, “Our products are designed for long-lasting use. They are durable, elegant and are tested stringently to work in demanding kitchens. Much like the conditions the films capture. We usher in world-class quality and support to a market that today is ready and is discerning. We want them to know that we understand them like no other.”

Ujjwal Anand, Executive Vice President, Dentsu Impact added, “The expression, Hum Sab Sambhal Lenge, gives confidence to the TG that no matter what kind of pressure they put on the kitchen hardware, Ozone will handle all of it since it understands Indian kitchen and usage. Also, in a market that is driven by a retailer’s recommendation and push, ‘Hum Sab Sambhaal Lenge’ is equivalent to ‘Arre sir! Main baitha hoon yahan’ ‘Main keh raha hoon na sir’ ‘Aankh band kar ke le jao’. The articulation gives the assurance to the consumers of the quality and at the same time helps retailers with a whole new pitch.”

Mayank Khattar, Executive Creative Director, Dentsu Impact commented, “Unlike German kitchens, a plank most of the leading players use, the Indian kitchen with large extended families is accessed by everyone – kids, grandparents, maids and cooks. From Chintu the brat to Pinki the angry teen. Also, everyone has their own style of operating the kitchen, which entails quite a bit of careless and rough usage. In many families, kitchens never stop functioning. Imagine then the load on it; and to depict that, we carefully picked up a family setting with each of its members accessing the kitchen in their signature way and for their own needs. The films are all about these people subjecting the kitchen to any treatment they deem fit.”