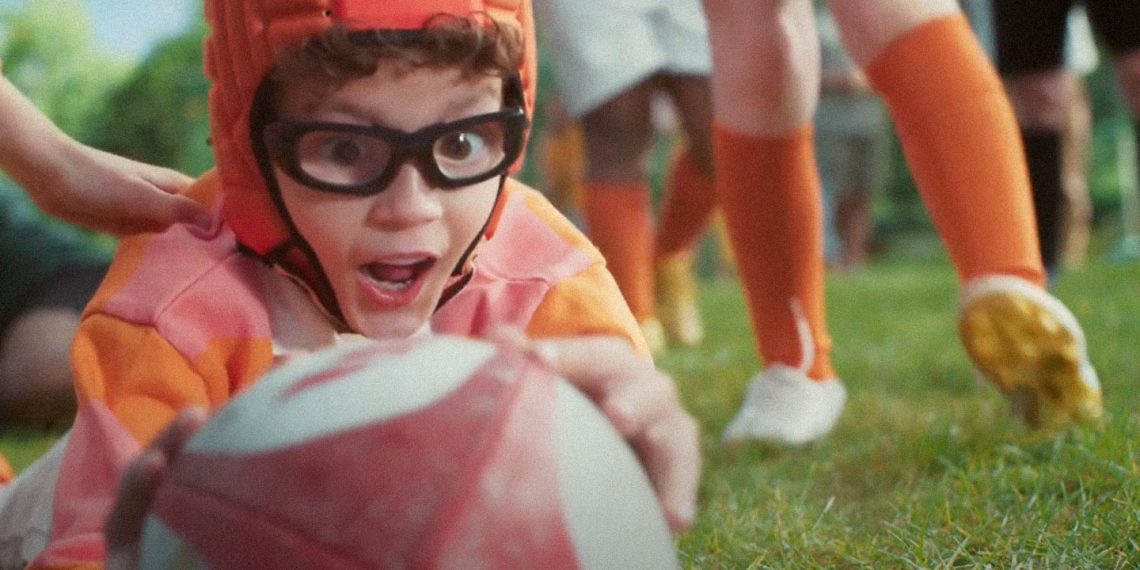 Sky Mobile is highlighting how you can keep hold of things you would normally lose, such as mobile phone data, with British star Lily James showing how the ‘Roll’ feature makes your data go further.

The campaign, created by Engine Creative, is the newest instalment of Sky Mobile’s ‘Hello Possible’ campaign. It highlights how Sky Mobile’s ‘Roll’ feature allows you to keep hold of what you would normally lose. At the end of every month, any unused data is typically lost with other network providers, whereas Sky Mobile lets you keep the data you have paid for, rolling it into your Sky Mobile piggybank for up to three years.

The 30-second TV spot brings this concept to life, featuring ‘Little Colin’, an underdog at a rugby match, unexpectedly catching hold of the rugby ball. Lily James cheers him on excitedly from the sidelines, while The Beach Boys’ song ‘Wouldn’t it be Nice’ plays in the background, Colin dodges some of his team’s opponents and leaps high above others, completing an unbelievable try against all the odds. The spot finishes with Lily James saying: “Sky Mobile rolls your spare data so you can keep hold of it for up to three years.”

The campaign launches on TV, social and radio on 29 April and runs until the end of June. The TV ad was directed by Sam Larsson.

Christopher Phillips, Sky Mobile’s Head of Marketing, said: “The film brings our ‘Roll’ concept to life, where we show how effortless it is to keep hold of your spare data with Sky Mobile.”

Leon Jaume, Executive Creative Director at Engine Creative said: “In Sky Mobile’s world of possibilities, Lily James inspires a spindly kid who’s about to be mullered on the rugby field to try-scoring glory, with a bit of help from Traktor and the digital wizards at 1920.”

The “Hello Possible” platform for Sky Mobile is born out of a belief that the old, rigid mobile networks of the past are too inflexible. Sky Mobile provides a welcome antidote, offering customers the freedom of a more flexible network and making possible what was not previously so.