Australians and the Metaverse 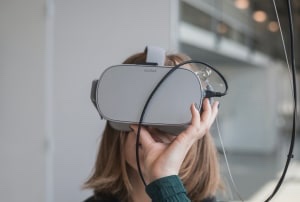 Less than half of the Australian population (44%) are familiar with the metaverse, while only 36% express positive feelings about engaging with extended reality in daily life, according to a global survey conducted by Ipsos for the World Economic Forum.

Globally, about half of adults across 29 countries say they are familiar with the metaverse (52%) and 50% have positive feelings about engaging with it.

Key Australian findings include that 80% of Australians claim familiarity with virtual reality, while half (51%) say they are familiar with augmented reality

Across the metaverse, virtual reality, and augmented reality there is a consistent trend of decreasing familiarity with age (although the difference across ages is least for virtual reality), but familiarity increases with household income and education levels

As with familiarity, positive feelings towards extended reality decrease with age but increases with income and education.

Australia is in line with or slightly lower than the 29 country average in terms of our positivity towards each of the metaverse’s applications mentioned in the survey.

Australians surveyed were most likely to think metaverse applications can significantly impact virtual learning (65%), digital health resources (61%) and digital entertainment in virtual reality (60%) over the next ten years.

Ipsos Australia director, David Elliott, said: “The findings from this latest global survey show that Australia is well behind a lot of countries around the globe in terms of our familiarity with extended reality and our feelings towards it.

“What we know from other research is that as familiarity improves so too does the potential for trust and positivity. As we hear more about these technologies and learn more about them, it is likely we will become more positive about them and their potential to hopefully have a real impact on our lives,” Elliott said.

Globally, the survey points to wide differences in familiarity and favorability toward these new technologies across countries and demographic groups.

Excitement about extended reality is significantly higher in emerging countries than in most high income countries.

In China, India, Peru, Saudi Arabia, and Colombia, more than two-thirds say they have positive feelings about the possibility of engaging with it. However, fewer than one-third in Japan, Great Britain, Belgium, Canada, France, and Germany.

Levels of familiarity with virtual reality, augmented reality, and the metaverse show a similar pattern.

More than two-thirds in Turkey, India, China, and South Korea report being at least somewhat familiar with the metaverse, compared to fewer than one-third in Poland, France, Belgium, Germany, and the Netherlands.

Despite significant differences in familiarity and enthusiasm, the global public widely expects that various types of metaverse apps using XR will significantly change people’s lives over the next decade – most of all virtual learning (for a 29-country average of 66%), digital entertainment in virtual reality, and virtual work settings.

Expectations about the impact of metaverse apps also vary by country and by demographic characteristics, following the same pattern as favorability toward extended reality.

However, differences are not as sharp, suggesting that, whether they look forward to it or not, most people expect their lives to be profoundly impacted by the new technologies in the coming years.

Sheep Breaks From the Herd in VW Campaign from Johannes Leonardo