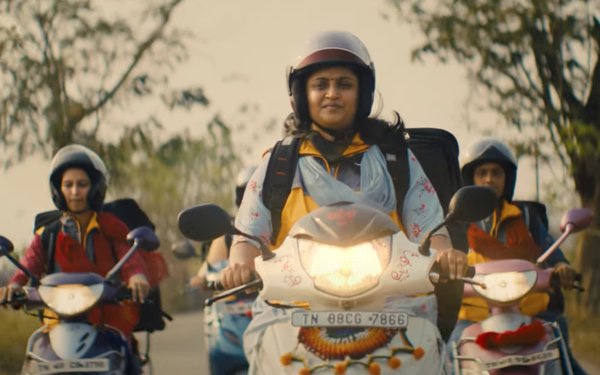 Amazon released quarterly numbers that rattled the stock market, with plenty of moving pieces to analyze. There’s the shift in Prime Day into the third quarter, rising fuel prices, investments in labor, inflation, continued strength in its AWS business, and solid — if unspectacular — gains in the company’s ad business.

But the real bombshell is that sales at Amazon’s online stores actually declined, falling 3% to $51.1 billion, compared to the prior year. Such a decrease is practically unheard of for the Seattle-based company.

Amazon further freaked investors out with weaker revenue guidance for the second quarter. It forecasts net sales of between $116 billion and $121 billion, representing growth of between 3% and 7%. Most observers expected it to predict sales of around $125 billion. And it expects to post anywhere between an operating loss of $1 billion to operating income of $3 billion.

That started a sell-off, causing a sharp drop in the company’s stock. Founder Jeff Bezos saw $13 billion melt away in a few hours.

Amazon framed the numbers in a larger perspective. “Our consumer business has grown 23% annually over the past two years, with extraordinary growth in 2020 of 39% year-over-year that necessitated doubling the size of our fulfillment network,” said Andy Jassy, Amazon CEO, in its announcement. “We see encouraging progress on a number of customer experience dimensions, including delivery speed performance, as we’re now approaching levels not seen since the months immediately preceding the pandemic in early 2020.”

Many observers, sifting through the tea leaves, are relatively unfazed. At Baird, analyst Colin Sebastian writes that he expects sales to bounce back, despite the muddy variables in the quarter ahead. “We continue to expect a combination of top-line and margin acceleration in the second half of this year,” he says. He continues to expect the company to outperform competitors.

“Second quarter revenue outlook is likely the biggest disappointment in the quarter,” writes Lee Horowitz, who follows the company for Deutsche Bank. The shifting of Prime Day, which he believes accounted for about $3.6 billion in revenue last year, from the second to third quarter, does muddy predictions. But excluding Prime Day, “the high end of guidance implies 10% underlying growth in the second quarter.”

While that’s nothing to cry about, that figure shows the days of monster ecommerce gains are over.

In its most recent report, MasterCard Spending Pulse says that in-store sales continued to bounce back in March, while ecommerce purchases declined year-over-year. But they’re still 83.7% higher than pre-pandemic levels. In-store sales are also stronger, up 9.4% compared to March 2019.

“The main reason for the deterioration is the very tough comparatives from the prior two years when the pandemic drove more consumers online,” writes Neil Saunders, managing director of GlobalData, who calls Amazon’s numbers just a “post-pandemic reset.”

But he believes that with “cost-of-living increases, consumers have started to reduce the amount of product they buy to balance their budgets; volumes in many discretionary categories are turning negative.”

For Amazon, “where a higher proportion of purchases are discretionary,” that might mean higher risk.

Chewy Celebrates ‘May the Fourth’ With Contest