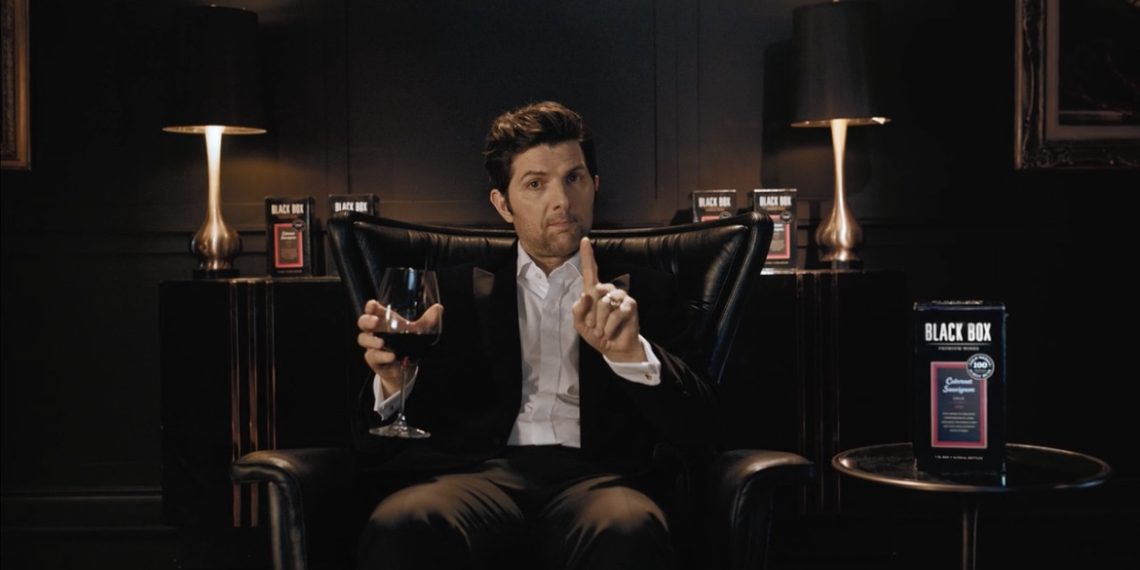 The premium boxed wine brand has teamed up with independent creative agency Red Tettemer O’Connell + Partners (RTO+P) yet again for the next phase of ‘The Savvy Man’ campaign – launching two brand-new spots.

When the Savvy Man, played by actor and comedian Adam Scott, was first introduced as the brand’s new spokesperson earlier this year, he was ensconced in a luxurious den showing off his premium collection of award-winning Black Box Wines, convincing drinkers to “come over to the savvy side.” The new follow-up spots strike the same chord, with Adam touting the same sophistication and swagger.

First, a new 30-second spot, ‘Savvy Gathering’, highlights Adam as a host, humbly bragging about Black Box’s 100+ Medals of Excellence. Within the scene, he asks for the medals to be moved into the trophy room, although the wine itself is the ultimate trophy.

A second 15-second spot, ‘Come Over’, doubles down on the award recognition with Adam inviting us to join him on the savvy side by indulging in the award-winning Black Box Wines.

To round out the new creative, Adam let his (un)musical side shine on set and improvised a 15-second jingle as well which will live across the brand’s social.

In 2003, Black Box Wines redefined the wine category by becoming the first U.S. brand to offer premium, appellation-specific, vintage-dated boxed wines. Since then, its expanding repertoire has earned more than 100 gold medals in wine competitions nationwide, yet still costs 40% less than comparable bottled wines, making it the most awarded wine in the category. One elegant box equals four bottles of wine, plus it stays fresh for six weeks after opening.