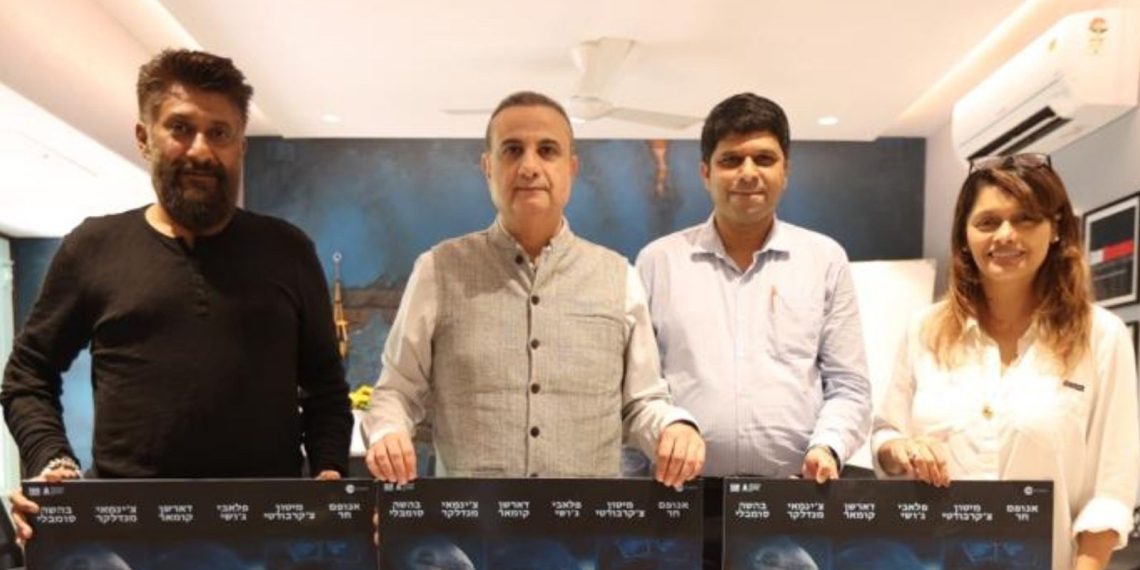 Anupam Kher in the lead role The Kashmir Files has made history with his remarkable performance at the box office all over the world. A film with great impact, Vivek Ranjan Agnihotri’s directorial film has changed the vision of the masses by leading the audience with an unspoken but still most sensitive subject. Although the film received huge love from the Indian audience, it has touched the hearts of many across borders. After successfully going to cinemas for over a month, the film is ready to premiere in Israel with Hebrew subtitles on April 28, 2022. It is specially subtitled for the general public in the region.

Vivek said in the video, “It’s a moment of glory”, when he thanked the Consul General for launching the posters. He adds, “This is the first time a film of this style has been released in Israel. So wish us luck. I hope that India and Israel, with the common goal of zero tolerance for terrorism, and the promotion of human values, will go a long way. ”

Along with the video, he tweeted, “BRILLIANT NEWS: On high demand, #TheKashmirFiles will be released in ISRAEL on April 28. I thank Consul General @KobbiShoshani for coming to our studio to inaugurate TKF’s posters. It’s a big step in sharing our future goal is to fight terrorism and promote humanity. “

“I have been told that this huge demand for a Hindi film is the FIRST TIME EVER in Israel for an Indian film. The film is subtitled in HEBREW. #TheKashmirFiles,” he added.

The Exodus drama is written and directed by Vivek Ranjan Agnihotri and has a fantastic actor including Mithun Chakraborty, Darshan Kumaar, Pallavi Joshi and Chinmay Mandlekar. Produced by Zee Studios and Tej Narayan Agarwal, Abhishek Agarwal, Pallavi Joshi and Vivek Ranjan Agnihotri, The Kashmir Files, written and directed by Vivek, was released in cinemas on March 11, 2022.

Cloudfactory joins by The Network

Supradyn Surprises the Internet through a Memory Test with a Twist