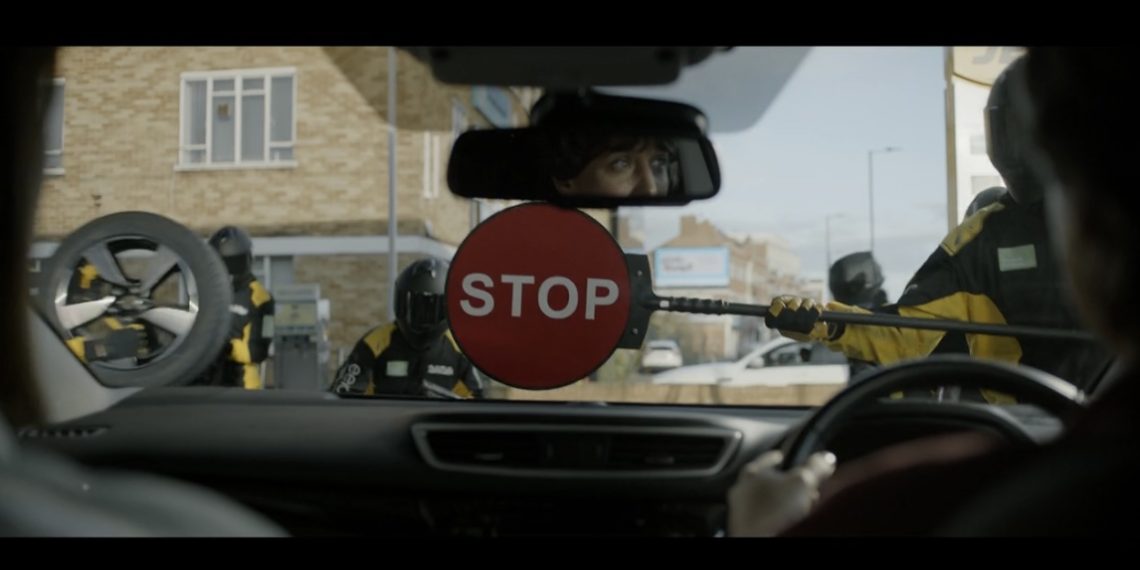 Created by The&Partnership, ‘’Pit Stop’’ follows a couple in a car, one of them in labour, rushing to the hospital. Amidst screams from the contractions, the petrol light ‘dings’ to reveal the car is out of fuel at what is perhaps the most inconvenient time possible.

As luck would have it, a petrol station is nearby where the couple are greeted by a Formula 1-style pit crew, decked out in TalkTalk-branded overalls. The car is jacked up, wheels changed, and fuel added in no time. A hand even reaches into the car and wipes the pregnant woman’s perspiring forehead. A red lollipop is held in front of the windscreen, and quick as a flash, the lollipop is green, telling them to go, go, go!

The stage is then set for the announcement that “some things are better faster”, which is why TalkTalk’s new full fibre broadband goes right up to 900 megabits per second. The new speeds come at the same great TalkTalk value that is synonymous with the brand, prompting the tagline: “It just makes SenseSense”.

The “SenseSense” positioning, which links seamlessly with the brand name, embodies getting everything you want from a broadband provider, and none of the complicated stuff you don’t.

TalkTalk’s announcement of new, faster speeds is part of the nationwide rollout of full fibre broadband.

David Parslow, marketing director at TalkTalk, said: “At TalkTalk, we recognise that people who want faster broadband speeds need a better value alternative. With this new advert, we want to remind consumers that these faster speeds are available at the same great value they’ve come to expect from us.”

The commercial is part of a wider campaign which spans cinema, online video, outdoor, press, digital display and social.

Andy Bunday, creative director at The&Partnership, said: “Building on the grounded humour of the ‘it just makes SenseSense’ campaign, the comedy of the original script shines in the film, neatly dramatising the benefits of speed.”

The work was created by Danny O’Keeffe and Adam McGowan and directed by Jim Gilchrist through Outsider.

Inspiration by diversity fest at South by Southwest