by Roastbtrief
in Awards and Events
Reading Time: 6 mins read
A A 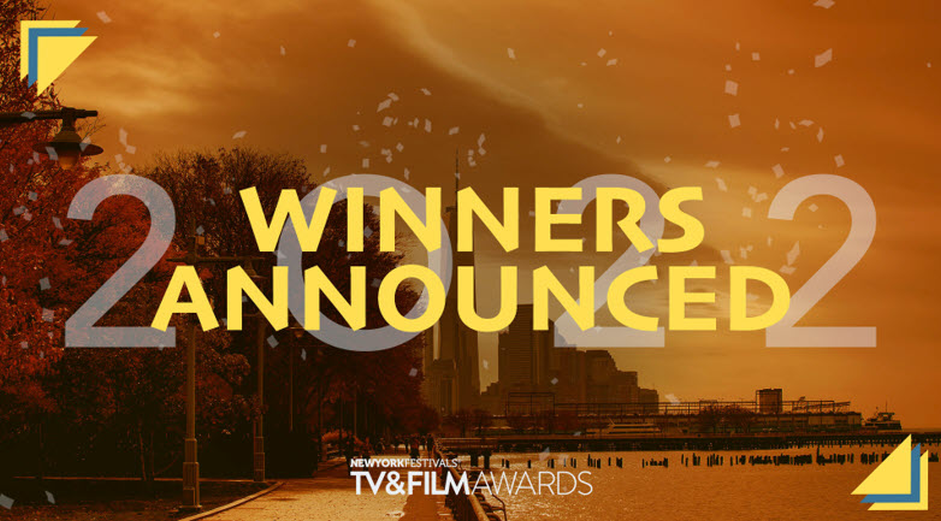 Al Jazeera English is Broadcaster of the Year, Done+Dusted earns Production Company of the Year

For the sixth consecutive year, Al Jazeera English’s coverage of international issues and wide-ranging themes earned the network the prestigious title of Broadcaster of the Year.  The network was awarded an impressive number of trophies across NYF’s robust category roster for their diverse international news and current affairs programming including The Big Picture, The Listening Post, Fault Lines, Witness, 101 East, Africa Direct, and Al Jazeera Investigations.

“We are delighted to be named Broadcaster of the Year by the New York Festivals TV & Film Awards,” said Giles Trendle, Managing Director of Al Jazeera English. “It’s a great honour to have our work recognised by our industry peers. This award is all down to the wonderful, dedicated teams at Al Jazeera English who are so committed to reporting and telling the stories that matter. In today’s world, we believe good journalism is more important than ever. And so we are deeply grateful to receive this recognition for the work we do.”

“We know that we are not defined by awards, but we also have to admit it feels pretty nice to receive them.  Thank you for the recognition… We feel very honored, ” said Ian Steward, President, Done+Dusted.

“The National Lottery’s Big Night of Musicals” – TBI Media – Performing Arts Special.  The Grand Award-winning entry was a large-scale televised event celebrating the world of musical theatre accompanied by a full orchestra. The show, filmed at Manchester’s AO Arena in front on an audience of 10,000, was broadcast on BBC1 and featured performances from the biggest West End touring and regional shows.

“We’re absolutely thrilled to win the Grand Award for ‘The National Lottery’s Big Night Of Musicals’ Thanks goes to the extended TBI team – in this case just over 800 worked on the show. Thanks also to the BBC One and The National Lottery teams who had the courage to support a big idea, despite significant uncertainty at the time. It’s great to see our brilliant theatre industry back, they’re a much loved and critical part of the cultural landscape on both sides of the Atlantic, ” said Phil Critchlow OBE – CEO & Founder – TBI Media.

“Myself and the incredible team behind the second series of “Old People’s Home For 4 Year Olds” (Series 2) are so grateful and honoured to be selected in the New York Festivals as Grand winner in the documentary social issues category. As Australian filmmakers we are so proud that for a second time, the series has been acknowledged at a global level, and also that we’ve shown the rest of the world how a group of 4 year olds can improve the lives of our elderly, hopefully this message will resonate beyond our shores,” said Debbie Cuell, executive producer, Endemol Shine Australia.

“Mariah Carey’s Magical Christmas Special” – Done+Dusted – Variety Special. The Grand winning program solves a holiday cheer crisis, the solution, the North Pole knows there’s only one person who can save the day. The showcases Santa’s great friend Mariah Carey, the Queen of Christmas in this star-studded spectacular to make the whole world merry.

All Entries in the 2022 competition were judged online and screened by NYF’s TV & Film Awards Grand Jury of 200+ producers, directors, writers, and other creative media professionals from around the globe.

This is the twelfth year of NYF’s strategic partnership with NAB show.

Kellogg’s Opens Up the Human Gut for Interactive VR Experience

Kellogg’s Opens Up the Human Gut for Interactive VR Experience