McVitie’s Rolls Out ‘Britain’s Got Talent’ TV Sponsorship with Beatbox, Splits and Taps 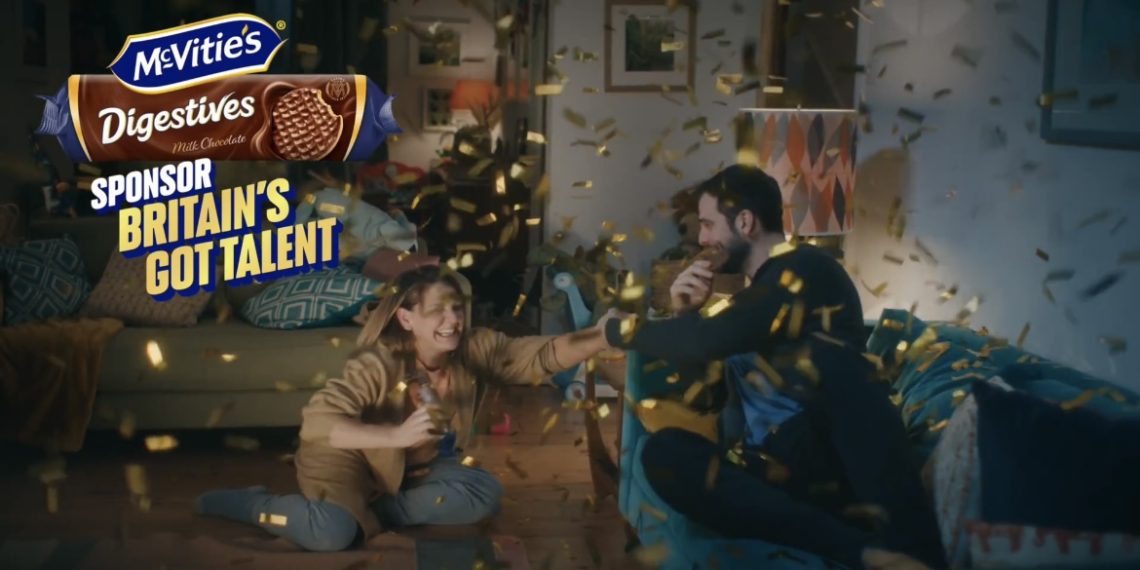 McVitie’s is rolling out its TV sponsorship for Britain’s Got Talent this Easter weekend, as part of what has been named the biscuit brand’s biggest sponsorship deal to date.

Each ident opens in a different home where cohabiting friends or family are going about their normal business. One person offers another a McVitie’s biscuit, which are simply too good not to share. However far from being a casual passing of the biscuit pack, the offer is made with spectacular flourish, showcasing that person’s unique and amusing talent (such as doing the splits, pretending to be a robot, tap dancing or singing an operetta).

The biscuit is shared and once the first bite is taken, golden confetti bursts all over the room, reminiscent of the golden buzzer moment on the show. Each episode ends with the campaign strapline: ‘Bring on the Golden Moments’.

Jemma Burgess and Gémina Gil Flores, creatives at TBWALondon, said: “We wanted to reflect what you see in Britain’s Got Talent. The fact that anyone can go on the show, it doesn’t matter who you are, it’s just real British people and their talents and the audience is always rooting for you.”

David Titman McVitie’s, UK&I Marketing Director, said: “With McVitie’s being the nation’s favourite biscuit brand we wanted to create a campaign that represented and talked to the whole of the UK, reflecting a true cross section of British society. For us, this meant using  diverse cast showcasing an array of wonderful talents that we’ve all come to enjoy and marvel at on one Britain’s greatest entertainment properties.”

The brand was announced as the TV show’s new headline sponsor at the start of the year when it kicked off its multi-channel activity with a red-carpet event at the London Palladium. The show, presented by Ant and Dec, returns to screens for its 15th series this Saturday (16 April).