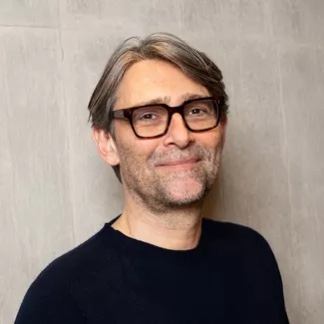 The Publicis.Poke chief on sprinkling some of the magic dust from BBH Singapore on his new charge

While not the boondocks it once was, White City might seem a slightly incongruous location for an ad agency like Publicis.Poke. Parent company Publicis Groupe has taken over much of the old BBC complex, centralising its media brands there, though Publicis.Poke is the only one of its creative agencies (or indeed any other) to be based on the old TV Centre site.

John Hadfield, the chief executive of Publicis.Poke, doesn’t necessarily see it that way. He sees the location – White City has undergone a £8 billion regeneration plan including the vast Westfield shopping centre, as well as the continuation of TV production in the BBC studios – as matching the ambitions of the agency itself: for him, it’s about the combination of creativity and commerce. And he wouldn’t necessarily agree with the characterisation of Publicis.Poke as an “ad agency” with all the attendant baggage that carries.

Hadfield was (understandably) a relatively unknown quantity to many outside of his former agency BBH, in these shores at least, upon his appointment to the CEO role in June last year. He’d spent the previous 15 years overseas, building up BBH Singapore from its place as the 31st (THIRTY-FIRST) best agency in the city state in 2005 to number five in the world in 2020, according to Campaign magazine. His personal creative highlights from his time there includes the “Unlimited Stadium” for Nike in 2016, which launched its Lunar Epic Flyknit with the world’s first full-sized LED-lined running track in the shape of the trainer.

Sensors were attached to the athlete’s shoe — and runners could then compete with an avatar of themselves running alongside them at the pace of their first lap. Beat your avatar and it would run your new best time. The innovative campaign attracted more than 10,000 users and won 15 Lions at Cannes.

A further smart campaign from his time there was “The Human Catalogue” for IKEA that saw Yanjaa, a world memory champion, memorise the entire IKEA Catalogue. Yanjaa was tested on her memory on Facebook Live; the campaign reached 73 million, created $5.7 million of free media and got people exploring the catalogue again, returning $18 for every $1 spent.

But when family priorities meant that it was time to return back to Blighty, the opportunity at Publicis.Poke seemed too good to be missed, he says. The departure of Nick Farnhill, one of the founders of Poke, was a remarkable bit of serendipity for the affable and thoughtful Yorkshireman. It also meant that he was able to (hopefully) sprinkle some of the magic dust from BBH Singapore on Publicis.Poke, which is arguably one of the less famous of Publicis Groupe’s creative agency brands.

So what attracted him to the job – after all, as the king of the turnaround there were presumably many other UK agencies that would have been grateful for his talent?

“It [Publicis.Poke] has a known creative capability and heritage and a broad and interesting client list. It gives you a varied opportunity. It’s got a broad capability – because of the merger you had brand strategy, brand experience and commerce capabilities. But also the fourth one for me, was culture,” he says. Because of the merger there were no silos – similar to the way that BBH Singapore was configured, Hadfield adds.

He has wasted little time in reinvigorating Publicis.Poke’s frontbench, bringing back the planning veteran Alison Hoad as chief strategy officer and hiring Frederico Roberto from Portugal as commerce creative director with a remit is to inspire the shopper, retail and ecommerce teams to achieve best-in-class creativity across all of the agency’s clients.

Hadfield describes Publicis.Poke’s client list as coming from three tranches: network clients, such as Renault, Garnier and Nestlé; “local jewels” like Morrisons; and international businesses that are run out of London, such as Tourism Ireland and Essity.

Among the agency’s highlights for Hadfield are “Farmer Christmas” for Morrisons, which was the third most creatively effective Christmas ad in 2021 according to System 1’s analysis.

Its work for the Essity loo roll brand Cushelle has seen sales double over the 10-year relationship, taking on market leader Andrex and picking up a Silver at the Effies.

The “Green Button Festival” for Tourism Ireland sought to help people overcome fears and concerns about travelling brought on by the pandemic, while the EE “Unboxing Experience” in-store activation utilised QR codes to create an experience to bring to life a new Xbox partnership.

So why did Hadfield pick this particular – and diverse – bunch of campaigns? Because they are all rooted in effectiveness. That combination of commerce and creativity, brand and experience is never far away. The agency calls this “sharp commercial creativity” – it’s about shortening the customer journey and putting creativity closer to the sale (Tourism Ireland demonstrates this ambition particularly well).

“I see it as again my maybe my Singapore experience. A lot of the campaigns that I have been involved in I was always fascinated about the integrated element. There is a risk of a schism forming in our industry between creativity and commerciality,” he says. He wants to prove the linkage between the two.

“You know, I’m ambitious. And the organisations I’m involved with are ambitious – or will become more so. So yeah, I have huge ambition for Publicis.Poke. I think the way I define ambition, though, is about constant improvement. So it’s easy to go, ‘oh, this is our Northstar’. And it’s fine to do that. But for me, it’s just about every year being better than the last time. That’s my mantra. That’s what’s a lovely story about BBH Singapore.”

It will also make a lovely story about Publicis.Poke – so watch this space. It could also prove that White City is now not just an anonymous stop somewhere on the Central Line but at the beating heart of commercial creativity.