by Roastbtrief
in Advertising, Sin categoría
Reading Time: 4 mins read
A A 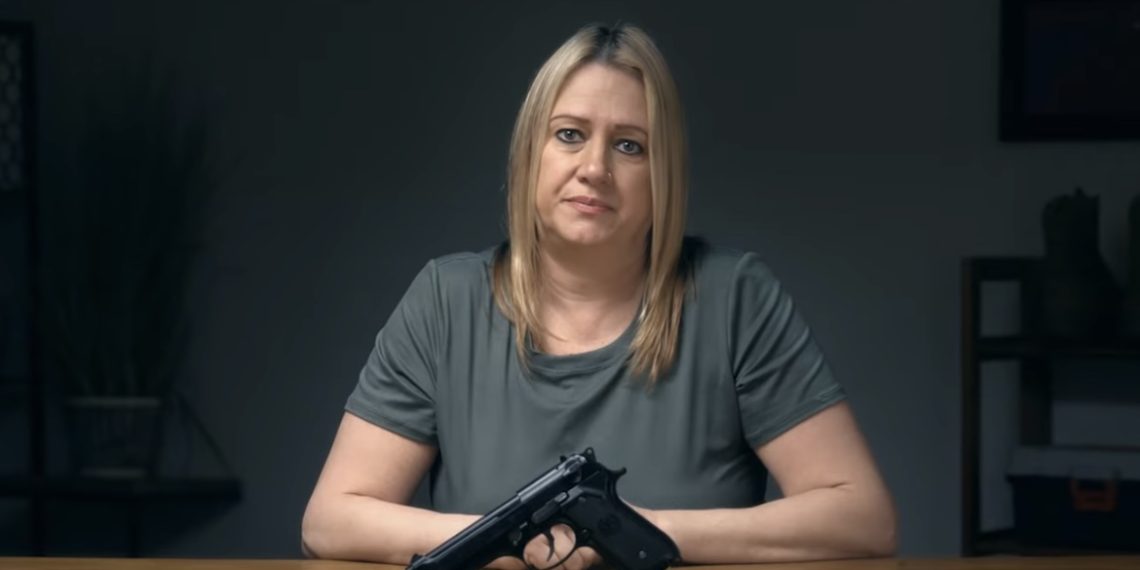 Guns Down America PSA has created a series of online gun reviews, where real survivors review the guns that almost killed them in an effort to underscore the danger of firearms and raise the standards of online gun content.

‘Gun Survivor Reviews’ is a new campaign from Guns Down America that calls on social media platforms and content creators to affix a warning label to gun-related content that tells viewers the truth about the innate danger of firearms.

97% of people say online customer reviews factor into their buying decisions. In 2020, an estimated 16.6 million US adults bought a firearm, compared to 13.8 million in 2019, with many citing self defence to justify their purchases. Yet most gun owners will never use firearms to chase off a bad guy. Instead, by bringing firearms into their homes, they’re putting themselves, their families, and the public at heightened risk of firearm injury and death.

Gun sales and gun violence are on the rise. With over five billion views of gun content online, social networks have taken some important steps to protect their communities from harmful content, but not enough. With homicide rates on the rise across the country, social media companies and content creators have a moral and business responsibility to communicate the truth about guns to their viewers and customers.

“Guns are innately dangerous in almost anybody’s hands. As we work to raise the standard of gun ownership across the country by advocating for laws that make guns harder to get, we must engage social media platforms and content creators to do their part in keeping our communities safe from gun violence,” says Igor Volsky, executive director of Guns Down America.

Guns Down America has produced a series of videos featuring real gun violence survivors reviewing the guns that almost killed them. The reviews are hosted on a YouTube subchannel of Guns Down America called Guns That Work, where you can discover Kate Ranta and Nicole Jones who have survived excruciating gun violence attacks. They describe in detail the efficacy of each gun in order to draw attention to the damage firearms inflict on the human body.

“Gun Survivor Reviews have been made through the powerful contribution of real survivors in an effort to demonstrate the need for regulating gun-related content on social media platforms and informing viewers of their innate danger,” said Igor Volsky, executive director of Guns Down America.

The campaign calls on social media platforms to affix a warning label to gun-related content and also invites content creators to start using a safety warning before their videos, to make sure everyone who is watching is aware of the dangers that each firearm represents. On gunsurvivorrewviews.com content creators that review guns are invited to be part of the change of higher content standards, download and add a safety warning before each video they post.