by Roastbtrief
in Awards and Events
Reading Time: 2 mins read
A A 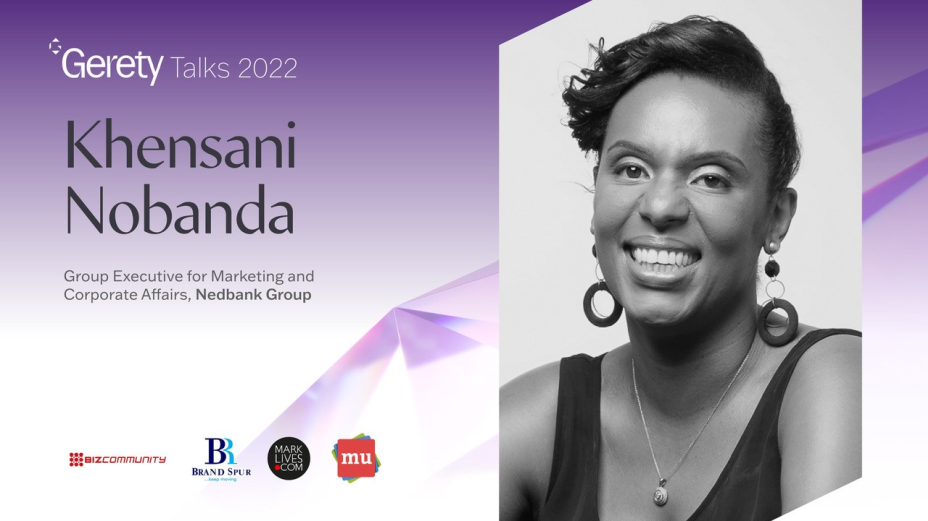 Just like the award show, the Gerety Talks series puts some of the marketing and creative industry’s true changemakers in the spotlight – and at the center of the conversation – with the aim to drive progress within the industry on a global scale. The series will bring together agency and brand leaders from around the globe for a refreshing take on what leadership looks like.

Khensani Nobanda is the group executive for marketing and corporate affairs at Nedbank. As both the executive in charge of marketing, and a member of the Nedbank Group executive leadership, she ensures the cohesive and consistent alignment between marketing messaging, brand positioning and business objectives across the group, while also providing strategic input into various Nedbank structures, committees and partnerships.

Khensani joined Nedbank in September 2017, as executive head of group marketing, before being promoted to her current role, and the Nedbank Group Exco, in May 2018. Her more than 20-year marketing career has afforded her invaluable experience in a number of leading South African and multinational organisations. After starting out as an assistant brand manager at Unilever, she rose through the ranks to eventually head up the Skin Category for Unilever in Africa, Middle East and Turkey. This was followed by various leadership and executive roles in Diageo, South African Breweries and Vodacom, before joining Nedbank.

She is passionate about brands and the potential they have to deliver tangible value to consumers, and more broadly to society, by being purpose led and value driven.

Khensani has a BCom from the University of the Witwatersrand, and an MBA from GIBS. She is a member of the board of Effie Awards South Africa, a regular member of the judging panel for the Loeries and Bookmarks Awards, and a sought-after public speaker.