by Roastbtrief
in Agency
Reading Time: 7 mins read
A A 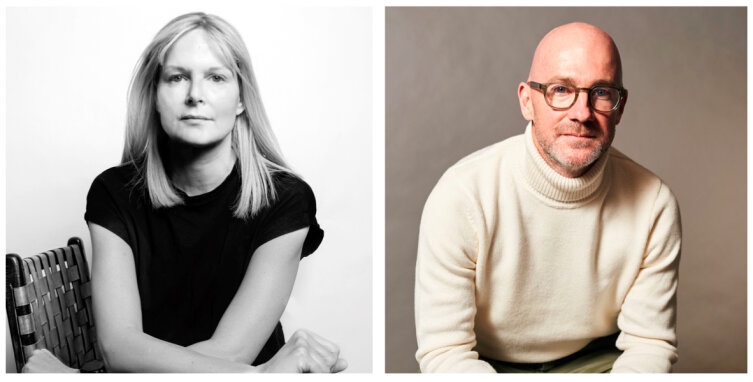 The admired Swedish agency has embarked on a new chapter. F&B Chairman & Copywriter Anna Qvennerstedt and Global CEO Toby Southgate talk about the opportunities ahead.

The Google Meet screen zips open to show Toby Southgate and Anna Qvennerstedt sitting opposite one another at a wide table, in a room that looks pleasantly bright and – sorry – Scandinavian. They seem so relaxed you’d be forgiven for thinking that they’ve been sitting at that table, working comfortably together, for years.

But of course that’s not the case. Toby is on one of his regular visits to Forsman’s Gothenburg HQ, and he only joined the outfit as Global CEO a touch under a year ago. His enthusiasm for his new role is infectious. It was an intriguing choice, given that after his successful stint at McCann Worldgroup he could have picked any of the traditional networks.

“McCann Worldgroup was a great place to be and a phenomenal transformation story,” he says. “The business is in better shape now than it has been since the 1960s. And that was mostly down to people.” Yet he found himself in a period when key people – including Harris Diamond, Rob Reilly and Devika Bulchandani – were moving on. “It felt like a good time to look around. And if it’s all about people, then Forsman is a company that’s full of marvellous people and a density of talent that’s extremely rare.”

Forsman itself is in a transitional phase. Long story short, the revered Swedish creative agency was acquired by MDC Partners in 2016 and has since expanded globally, adding offices in New York, Toronto, Montreal, Shanghai and Singapore, alongside Gothenburg and Stockholm.

“There is a job to be done,” confirms Toby. “F&B works globally, and there are some global clients, but it has a great opportunity to spread its wings and make a mark outside of Europe in a way that it hasn’t been able to do before. I saw that opportunity. And then there’s the work – wherever you’re from in this industry, there are only a handful of places where you constantly aspire to be doing the kind of work they do.”

These iconic names to be similarly compact operations, he observes, like Forsman or Wieden + Kennedy. The bigger networks can and often do produce terrific work too, but he feels their size can hamper their agility. “What we can do at F&B with 500 people in seven offices is something radically different and potentially much faster than what you can do with hundreds of offices and tens of thousands of people.”

Toby’s goal, then, is not to make the agency bigger per se – Forsman doesn’t have an office in Latin America, for example, and right now he sees no need for one – but to level up its global offer. “We have a presence from the East Coast of the US to Shanghai, so by definition we’re global. But the focus of great work and deep relationships has been on Sweden.”

The Swedish operation integrates all the required disciplines, from production and design to social media. That gleaming machine is not mirrored in all its markets, however. F&B moved to Singapore to serve a single client; in Shanghai it inherited an MDC office.

“It’s time to write the next chapter for those and all the other offices outside Sweden. And that next chapter is going to be really exciting. If everyone in the collective can deliver in the way that Sweden can, then we’re a force to be reckoned with.”

One of the words that crops up when you’re researching F&B’s creative output is “quirky”, which sounds like a rather fragile USP. I ask Anna if she can give a stronger definition of the young network’s positioning.

“We bring boutique craft at global scale. We feel that to be competitive and attractive for global clients today, you don’t have to have thousands of dots on the map. We have the strategic representation and we work in a way that ensures world class creative and craft in everything we do. We also work with clients in a very informal and collaborative way that we know they appreciate.”

She admits that if a client required work to be adapted across 70 different markets, then perhaps F&B would need outside help. “But for strategic, change-making creative, we can pretty much cover the world with what we have now, with real quality.”

Toby adds: “Everyone knows yet often overlooks the fact that the best work in the world, whether it’s a huge global campaign or something hyper-localized and critical in a market, is actually born from a very small number of people working in a tight team. I would put the best five, ten or 20 people at F&B up against the best five, ten or 20 people at any network in the world. The origination of an idea is a deeply human endeavour. The rest, increasingly, can be automated.”

There does seem to be a specific F&B hallmark, even if it’s not calculated. Anna says: “I’ve always encouraged a total freedom of style – and I always feel good when I see we’re doing different things for different clients. But I would say there’s a common thread, which is a very human approach that shifts culture. It starts with the question of what it means to be human, then proposes something provocative that creates change. It can be a film shot in 35 millimetre or on a phone, it can be an event or a social campaign, but that insight into being human runs through a lot of the work we do. A piece of relatable truth.”

Toby points out that, from the very beginning, the agency has been about ideas rather than channels. “There’s also a very design-led approach to our creative output. It means that whether the outcome is a poster or a film or an event or a PR story, it’s going to look or sound or read as utterly beautiful. That craft isn’t forced, and it’s definitely a unifying factor in all our work.”

I notice that Anna’s title is Chairman and Copywriter. Quirky, indeed. Does it reflect her hands-on role in the creative process? “Yes, that’s true: I really feel as if I have two jobs. On the one hand I’m working with Toby and our global executive team to manage the company and make the big decisions for the global F&B collective on a strategic level…But I’m also a creative on a team from time to time. I can’t do that as much as I used to, unfortunately, but I’ll always be involved in client work. And when I do that, I’m a creative like everyone else. Within those teams there’s no real reporting structure. It’s a group of people who solve problems together.”

Having said that, as client briefs get more demanding and complex, it’s useful to have a senior person on the team who can defend and protect ideas. “That’s hard for a junior person to do. But a junior person may be the one who came up with the idea in the first place. So working on a team is rewarding for everyone – as a senior you’re being constantly inspired by the younger members, and as a junior you’re getting support from someone who can help make sure your idea happens.”

Collaboration has always been the agency’s watchword – and now it’s happening at a global level. They’ve established communities that look out for one another across all the offices: Product, convened by Anna, which incorporates creatives, planners and strategists, and Business, which is made up of account folk, executives and business leaders, and is steered by Toby. “We didn’t want to create a system that forced people to collaborate,” he says. “We didn’t want to say: ‘Here’s a new global briefing template, go away and use it.’ Instead, we built communities that bring people together to develop common goals, objectives and behaviours. It’s much less formal than it might be in a traditional network, and it creates more natural relationships.”

Like all agencies, F&B has had to weather the storm of Covid-19 and now the impact – more emotional than economic – of the war in Ukraine. Its human scale has helped in both cases: firstly because working remotely was not an alien concept, and secondly because a smaller team means easier communications. “What we offer is support,” says Anna. “We’re open and we listen, and I believe our people understand that.”

The agency has evolved since its founding by Staffan Forsman and Sven-Olof Bodenfors  in 1986, without betraying the DNA they established.

Toby says: “It’s a fascinating part of F&B’s history that these two guys chose to set up a globally-ambitious creative agency in Gothenburg rather than Stockholm. In UK terms, that’s like setting up in Hull rather than Soho. Of course the most creatively-lauded automotive brand in the world, Volvo, was born here and is about a mile and a half away across the river.”

Volvo has helped drive the agency to great creative heights – but not only. At the local Golden Egg (Guldägget) awards, which take place in May, F&B has 40 per cent more nominations than the next most-shortlisted agency.

Now the world awaits. More than 35 years in, Forsman & Bodenfors is still at the beginning.

See some of F&B’s most iconic work here.