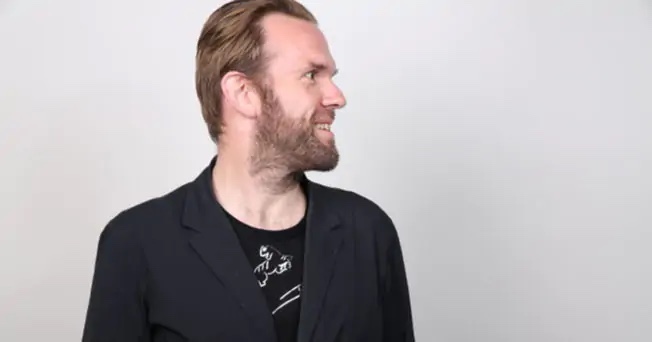 He leaves the Accenture Interactive-owned agency after six years

Kolbusz will depart in mid-May and it is expected that his next role will see him relocate to a U.S.-based business.

A spokesperson for the agency explained: “David is returning Stateside for a new venture which, for contractual reasons, cannot be revealed at present but will be announced in the forthcoming weeks.”

Kolbusz’s departure is the latest management change at the London agency. Chief executive Bill Scott was recently promoted to managing director of parent company Accenture Interactive, which acquired Droga5 in 2019, but he will maintain his role at Droga5. Chief strategy officer Dylan Williams left earlier this year.

In a statement, Kolbusz said that he would look back on his time at Droga5 “with an enormous amount of fondness and gratitude.”

He continued: “Six or so years ago, David [Droga] entrusted me with the task of transforming the creative fortunes of the London brand and—alongside more talented people than I could possibly name—we gave it our best shot. I was given more support and encouragement than anyone in my position could possibly wish for and I hope David and the wider Droga crew are as happy with the results as I am. The long term strategy was to keep hiring people with the taste and talent to continue making great work irrespective of who left the building and I’m confident that in my absence the U.K. office will keep thriving, as long as the structural integrity of the serpent’s egg remains intact.”

Since joining Droga5 London in November 2015, Kolbusz has helped transform it into one of the U.K.’s most celebrated creative shops, with accolades including Adweek’s International Agency of the Year in 2020.

In 2015, Kolbusz was part of the new leadership team, alongside Scott and Williams, who were brought in to revamp Droga5’s U.K. operation.

After Droga5 set up its London office in 2013, the business initially struggled to gain a footing in the U.K. market. Droga5 London’s first leaders, CEO Kevin Dundas and ECD Nik Studzinski, left in 2014 and 2015, respectively.

Droga5 recruited Scott to lead the London office in 2015, followed by Kolbusz as its creative leader later that year.

The agency went on to win clients including Amazon, Barclaycard, Coca-Cola, Kimberly-Clark, Rustlers, Mini and VW.

Kolbusz is known for being one of the ad industry’s most sought-after creative leaders—and his next move after Droga5 has long been a subject of speculation.

Prior to joining the company, Kolbusz was executive creative director at Wieden+Kennedy New York from 2014 to 2015.

Before that, he spent nearly four years at BBH London, starting as creative director and then promoted to deputy ECD in 2012. His work there included the celebrated “Three Little Pigs” for The Guardian, Axe ads such as “Apollo” and “Girlfriends” and Weetabix’s “Big Day.”

Originally from Canada, he was previously group creative director at Goodby, Silverstein & Partners in San Francisco and a creative at Mother London.

Scarecrow Dreams of a New Life in Rightmove Campaign from Fold7