Coca-Cola Zero Sugar Byte Is A Pixel-Flavored Beverage Coming First To The Metaverse, On Sale IRL In May 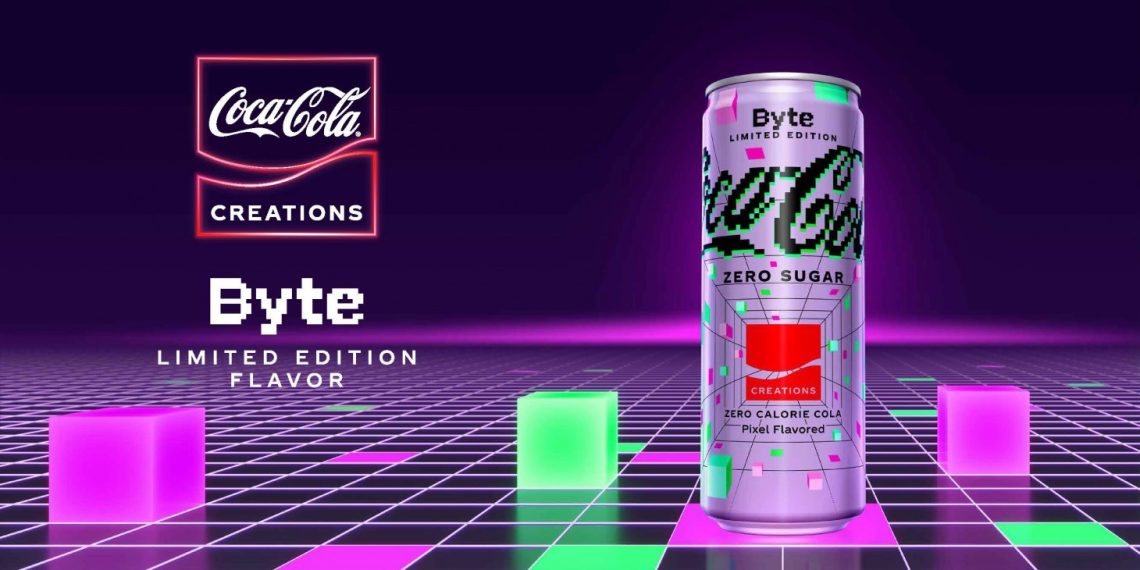 In collaboration with lifestyle and gaming organization PWR, Byte will be introduced first to the metaverse, with its real and drinkable version coming in limited quantities in May. The virtual version of Byte will come first to an “individually created FortniteCreative experience” called Pixel Point. This island created by PWR features four “sensory inspired multiplayer mini-games” named The Castle, The Escape, The Race, and The Tower. Pixel Point and the promotion of Byte have no official connection to Fortnite or Epic Games.

Additionally, an augmented reality game can be accessed at the Coca-Cola Creations sitethat will feature a virtual leaderboard to compare completion times on social media.

Coca-Cola Zero Sugar Byte will be available in very limited quantities starting on May 2 and can be purchased through the Coca-Cola Creations site. Byte will be packaged in 12-ounce cans and sold in packs of two, which Coca-Cola says one is for consuming while the other can be safely collected. The release of Byte follows the release of a flavor called Starlight, and Coca-Cola promises more limited-edition Creations throughout the year.