by Roastbtrief
in Entertainment
Reading Time: 9 mins read
A A 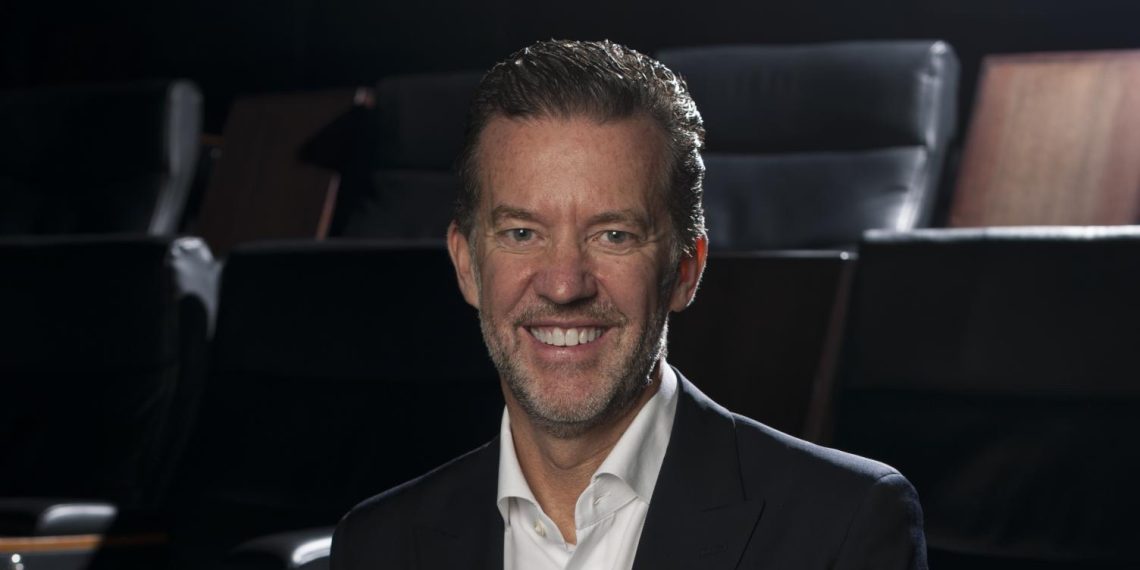 Nadine Dorries, the secretary of state for Digital, Culture, Media and Sport, today announced the appointment of five new members to the BFI’s board of governors, chaired by Tim Richards, who worked closely with DCMS on the recruitment process. The new BFI governors are Monica Chadha, board advisor and consultant; Elizabeth Karlsen, producer and co-founder of Number 9 Films (Carol, Made in Dagenham, Little Voice); Laura Miele, executive vice-president and COO of Electronic Arts; Scott Stuber, head of global film at Netflix; and writer, producer and director Edgar Wright (Baby Driver, Shaun of the Dead).

Each board member serves a term of four years and starts in May 2022. Recruitment for new BFI governors to represent the UKnations Northern Ireland, Scotland and Wales is currently underway.

The new governors join the current BFIboard of governors, who are Michael Birshan, Idris Elba, Gerry Fox, Jay Hunt, Robin Saunders, Andrew Smith, Phil Stokes and Nell Whitley. The completion of the BFI’s board of governors is an important milestone in the BFI’s transformation into a dynamic, digital first organisation, with a new executive team led by chief executive Ben Roberts.

“I am honoured to be welcoming five new incredibly talented industry professionals to the BFI Board of Governors. These highly respected leaders will be joining a world-class Board that is a testament to the BFI and its vision under CEO Ben Roberts’ direction. Their knowledge and experience across film, television, games, technology and business combined with that of our existing governors, will be invaluable to the BFI and the industry as a whole. I very much look forward to welcoming them to the BFI and working together.”

“It’s an exciting year for the BFI, as we develop and launch our ten-year strategy under a new leadership team. So I’m delighted that we have such incredible people joining Tim and the Board to support the BFI in a year of critical development – both for the organisation and our fast-moving sector.”

Monica Chadha, board advisor and consultant

Monica is an experienced board advisor with over 25 years’ experience in the creative industries. She advises a number of organisations including the International Union of Cinemas (UNIC); British Association for Screen Entertainment (BASE); Digital Entertainment Group International (DEGI); and serves on the CMI President’s Advisory Council; the Bias in AI Research Group at Durham University; and the All Party Parliamentary Group for AI.

In 2018 Monica was appointed ambassador for Women on Boards and a ‘Super NED’. In 2019 she was one of the top 50 Women to Watch in the UK in the Female FTSE Board Report. She is also a long-term global coach for a multinational entertainment company; and a faculty member of the FT Board Director Programme.

Monica was previously CEO of MyMovies.Net Ltd, vice chair of Queen Mary University of London and chair of Remuneration; founder and co-chair of the Deloitte Higher Education Cyber Security Group; chair of the British Independent Film Awards Advisory Board and the British Board of Film Classification Advisory Group; a member of the BAFTA Digital Communications Board and non-executive director positions at British Video Association; Voddess Portal Ltd; and Obviously Creative Ltd. Early in her Monica career was head of operations for various film distributors and started out at Technicolor Distribution.

Chadha said: “I’m delighted to be joining the BFI in its vital mission. As someone who has spent their life in and around the creative industries, one thing is evident to me, this is the moment to amplify this world-leading sector, significantly contributing to UKeconomic growth regionally and nationally.”

Elizabeth’s latest features are Mothering Sunday, written by Alice Birch and directed by Eva Husson, which premiered at the 2021 Cannes Film Festival, and Oliver Hermanus’s Living, scripted by Kazuo Ishiguro and on release later this year.

Karlsen said: “The BFI has played a central role in my, and my producing partner Stephen Woolley’s, professional careers over the last few decades, whether through the joy and excitement of seeing films and having films premiere at the London Film Festival, watching films at BFI Southbank, engaging in discussions about the development and production of films or lending my own expertise to its various training and regional programmes, it has been an institution with a constant presence. I am honoured to have been selected to the board of governors and look forward to ‘giving back’ to an organisation that has given so much to so many and has so much more to give as it navigates the seismic and exciting changes impacting the industry.”

Laura is a seasoned technology and media executive with 25+ years of leadership in development, marketing, commercial, and data/analytics in the operation and strategic guidance of interactive entertainment and is responsible for EA’s worldwide operational effectiveness and acceleration of long-term growth.

Laura is passionate about increasing the number of opportunities for women and underrepresented talent, leading EA’s efforts to advance representation across the company and its games. Laura founded the EA Women’s Ultimate Team Employee Resource Group to promote gender diversity and equality inside and outside the organisation and an inclusion framework as part of the game development process leading to EA SPORTS FIFA 16 being the first AAA sports title to integrate female players- four years before it became the industry standard.

Laura is among Fortune’s Most Powerful Women, AdAge’s “Women to Watch” list, San Francisco Business Times “Most Influential Women in Business,” and the Variety500,  a member of Fast Company’s Impact Council, Advisory Board Member for The Game Awards, and served on the board of the Silicon Valley Community Foundation.

“I am honoured to have been asked to join the BFI as a governor, especially at such a pivotal moment for arts and entertainment,” said Miele. “We have witnessed a dramatic shift in the entertainment industry as it embraces new forms of media, such as gaming. Interactive media is now seen as a true form of modern entertainment that sits at the intersection of technology, interactivity, social, and media. I look forward to serving as a representative of the gaming industry as the BFI looks at how to expand its work in this space.”

Scott Stuber is the head of global films where he oversees the development, production and acquisition of the Netflix film slate. Recent hits under Scott’s supervision include: Academy Award and BAFTA winning The Power of the Dog, Academy Award nominee Don’t Look Up,
Martin Scorsese’s The Irishman, Academy Award winner Marriage Story, Red Notice, The Adam Project, and three-time Academy Award winner Roma. Prior to Netflix, he founded and ran Bluegrass Films, which produced such hits as Ted, Central Intelligence and Safe House.

A former vice chairman of worldwide production at Universal Studios, he was responsible for films including A Beautiful Mind, 8 Mile, Meet the Parents and its follow-up films, plus both the Bourne and Fast and the Furious franchises. Scott is on the board and active with a variety of organisations, including the National Film Preservation Foundation, Charlotte + Gwenyth Gray Foundation, Baby2Baby and Chrysalis.

Stuber said: “It’s a privilege to be appointed a governor of the BFI, an institution I have long admired. I wholeheartedly endorse their mission to promote the next generation of UK storytellers, widen access to screen culture and support the continued growth of this extraordinary sector. Our industry is in a state of constant evolution and I look forward to playing my part in ensuring the BFI remains best situated to champion its past, present and future.”

Edgar Wright first gained worldwide recognition for his Three Flavours Cornetto film trilogy consisting of Shaun of the Dead, Hot Fuzz and The World’s End, each made with actors Simon Pegg and Nick Frost as well as producer Nira Park, all frequent collaborators. He worked with the same team while directing the late-1990s/early-2000s television series Spaced. Wright also co-wrote, produced and directed the 2010 film Scott Pilgrim vs. the World. Along with Joe Cornish and Steven Moffat, he co-wrote Steven Spielberg’s The Adventures of Tintin: The Secret of the Unicorn in 2011.

Wright wrote and directed the 2017 action crime film Baby Driver, which went on to become a global box office hit, and in 2021 directed and co-wrote, with Krysty Wilson-Cairns, Last Night in Soho, which starred Thomasin McKenzie, Anya Taylor-Joy, Matt Smith, and Dame Diana Rigg in her final film role. 2021 also saw the release of Wright’s first documentary film, The Sparks Brothers, covering the entire 50-year legacy of Ron and Russell Mael of California pop band Sparks, which premiered at the Sundance Film Festival that year.

Wright said: “I’m honoured to have been asked to serve as a BFI governor. It’s very close to home for me, as not only do I share the BFI’s comprehensive passion for film, television and other visual arts, but I am a regular paying customer at their glorious cinematheque, BFI Southbank, which is truly one of the greatest cinemas on the planet and a reminder to anyone who sits inside what a moving and inspiring communal experience film can be.

“Having had a front row seat at this fabulous institution and their accompanying London Film Festival for almost 30 years of living in the city, as well as being an enthusiastic consumer of their amazing range of both classic and lesser known gems on DVD and Blu-ray, I’m excited to see what I can do to help promote their incredible efforts in curating, preserving, producing and educating. They represent the best in both celebrating the history of film and shaping the future of the medium, so I’m thrilled to be invited to contribute where I can.”

He Gets Us: Reframing Jesus for a Skeptical Generation