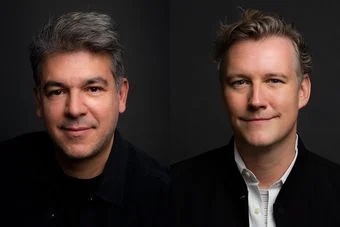 Sanches moves into the new role after more than 25 years at Almap, one of the most celebrated agencies in the BBDO network. Under his leadership, the agency has created numerous notable campaigns for clients including Havaianas, Audi and Volkswagen and won four Agency of the Year honors at the Cannes Lions. In 2020, Alma was named the festival’s Agency of the Decade alongside BBDO Worldwide, which earned Network of the Decade. Sanches has relocated to New York for the role but will also continue his chairman and chief creative officer duties at Almap.

MacDonald moves once again into an agency chief creative officer role after serving in the post previously at JWT New York. In 2014, he joined BBDO as exec VP, group executive creative director and was also chief creative officer for parent Omnicom on AT&T, overseeing teams across New York, Los Angeles, Atlanta, Dallas and Calgary. In 2021, he helped BBDO win The Home Depot business.

“I’ve worked with Luiz and Matt for a long time now; they represent the very best of our industry and, specifically, our continued mission to innovate for our clients’ success,” said BBDO Worldwide Global Chief Creative Officer David Lubars in a statement. “Their complementary strengths will undeniably benefit not only their teams and the agency, but the creative output we deliver day in and day out. Luiz and Matt are both inspiring, modern leaders who know how to bring it, and bring it they will.”

In their new roles, Sanches and MacDonald will work in lockstep alongside Lubars to elevate and evolve the agency’s creative product across the region and at the agency’s New York headquarters. “There’s no way you could lead North America without New York, but we also have different flavors around the agencies we have in San Francisco, Atlanta, Minneapolis, Chicago,” said Sanches. “Once we have the mothership [set], all the agencies will benefit from that and vice versa. Collaboration will be key for our success.”

For New York specifically, “purely selfishly, I want to be the best office in the best creative network in the world,” MacDonald said. “We’ve got a lot of competition just inside the network, but we’ve been there before and I have no doubt that we will be there again.”

Cannes Lions Announces the 2022 See It Be It Finalists

The invisible powerhouse that marketers overlook at their peril