by Roastbtrief
in Brands
Reading Time: 1 min read
A A 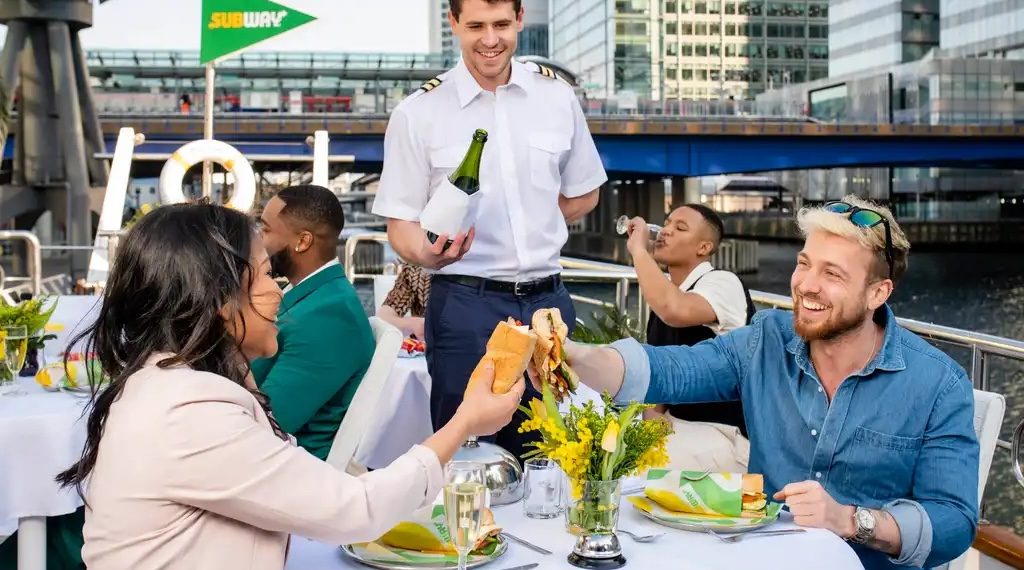 Subway has opened its first pop-up restaurant aboard a yacht in central London, with Made in Chelsea’s Sam Thompson the first on board.

The VIP experience has been launched as a celebration of Subway’s “Meal Deal Millionaire” competition, where Subway customers have the chance to win one million Subway Rewards points.

That’s enough to buy 1,000 Footlong Subs and end-to-end it is the length of over 33 yachts.

Made in Chelsea’s Sam Thompson was the first guest at the floating restaurant this week with the experience on board “The Subway” opening to the public for free on Thursday 10 and Friday 11 March 2022.