ŠKODA’s New Campaign Puts FABIA Back in the Spotlight 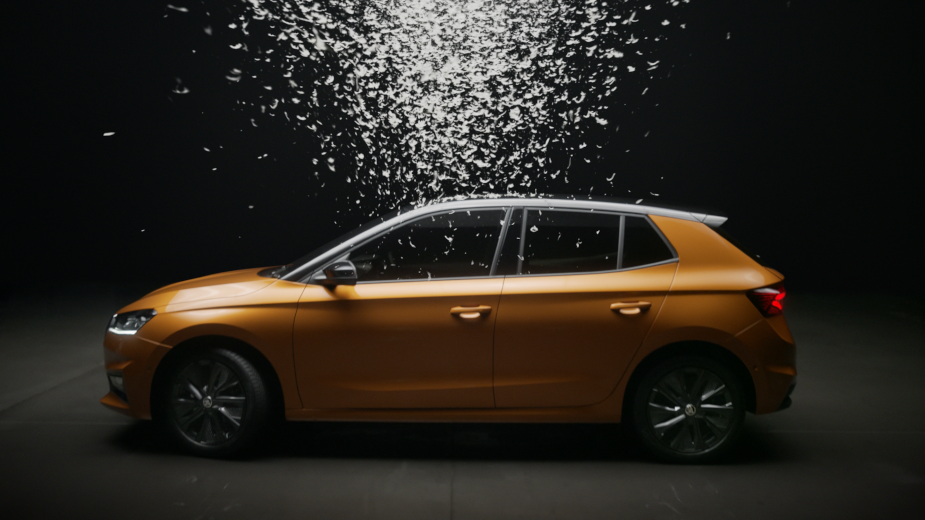 ŠKODA puts FABIA back in the spotlight in new campaign ‘A lot goes into the all-new ŠKODA FABIA’ created by advertising partner Fallon London, in the first UK advertising campaign for the supermini model by the Czech car manufacturer since 2016.

Created by Fallon London, the campaign dramatises how ‘A lot goes into the all-new ŠKODA Fabia’. It aims to humanise the features of the car, bringing to life the emotive design, ample space and advanced tech and connectivity systems offered with the all-new ŠKODA FABIA.

The light-hearted film sees everything from dancers with illuminated ribbons to represent LED headlights, to cheeky crash test dummies to highlight that the new car has the highest safety rating in its segment, and thousands of feathers showcasing the interior space, all joyfully squeezed into the compact car.

Kirsten Stagg, head of marketing, ŠKODA UK commented: “The ŠKODA FABIA has been part of the ŠKODA family for over 21 years and the new model has truly been designed with the driver in mind with technology and connectivity at their fingertips. The campaign showcases that FABIA for most people will be all the car they need, and of course the finished film has the playful tone that people have come to expect from our adverts.

“I’m particularly fond of the music, which will evoke a warm-feeling of nostalgia with our audience and is a subtle nod to our highly successful FABIA cake advert from 2007.”

The film is played to the famous Disney soundtrack ‘The Magic Song’ (more commonly known as Bibbidi-Bobbidi-Boo) written by Al Hoffman, Mack David and Jerry Livingston in 1948 and made famous in Cinderella in 1950. The film also features a voiceover by Scottish singer-songwriter KT Tunstall.

Chaka Sobhani, chief creative officer, Fallon London, said: “FABIA is fantastic with loads more tech, comfort and safety, all packed into this dynamically designed supermini. The campaign is a celebration of that, with a bit of Cinderella magic in the track that will hopefully bring a smile to the face.”

in the ‘car launch of the year’ category.

The campaign will run for three months initially across TVC, social and digital in the UK. Media planning and buying is handled by PHD.

NFTs Can Cost Artists More Money Than They Make