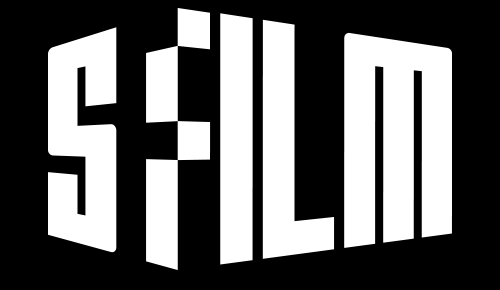 More than 130 films from 56 countries to be shown at landmark venues including the Castro Theatre, the Vogue Theater, the Roxie Theater, the Victoria Theatre and BAMPFA in Berkeley

Today, SFFILM announced the full lineup for the 65th annual San Francisco International Film Festival, the longest running film festival in the Americas. This year the Festival will make its return to theaters in person, featuring more than 130 films from 56 countries, including 16 World and 10 North American premieres, along with many SFFILM-supported titles. Of the films selected for the Festival, 56% are helmed by female or non-binary filmmakers and 52% are directed by BIPOC filmmakers. The Festival will also celebrate cinematic icon Michelle Yeoh with a special tribute to be presented by critically acclaimed actor Sandra Oh. The 2022 Festival will run April 21–May 1, with tickets on sale now at sffilm.org.

Michelle Yeoh was recently hailed by New York Times film critic A.O. Scott as “one of the great international movie stars of the past quarter-century.” Her tribute will be an intimate conversation with Emmy Award-nominated actress Sandra Oh, about her prestigious and extensive career that will take place at the Castro Theatre on Friday, April 29 at 6:00 pm. The Tribute to Michelle is preceded by a special screening of Ang Lee’s Crouching Tiger, Hidden Dragon in 35 mm at the Castro on Monday, April 25.

Michelle Yeoh is a global icon, an indelible screen presence who grounds every frame she inhabits with authenticity and explosive talent,” says SFFILM Director of Programming Jessie Fairbanks. “We are thrilled the extraordinary Sandra Oh will host Michelle in conversation to discuss Michelle’s creative body of work, shifting gears between genres and storytelling mediums, and much, much more. The Tribute to Michelle Yeoh joins the previously announced Tribute to Jenny Slate, both highlights at the 2022 Festival. Previous festival tributes include Jackie Chan, Claire Denis, Clint Eastwood, Akira Kurosawa, and Charlize Theron.

The 65th SFFILM Festival celebrates the global art and craft of film in San Francisco and the East Bay. “This year’s SFFILM Festival program synchronizes the star power of international cinema with the depth and breadth of work from around the world. Our belief in this intrinsic power of film, as well as its ability to bring us closer with each other and our own humanity, fuels both the Festival and our year-round education and filmmaker residency programs,” says SFFILM Executive Director Anne Lai. “I am delighted to return to theaters with our audiences to watch wildly imaginative films that reignite the wonder of movies.”

Curated by a collective of festival programmers, the lineup includes Spotlights and jury competitions including Bay Area Voices, Cine Latino, Global Visions, SFFILM Supported, and the Golden Gate Awards with cash prizes. There are 14 Bay Area specific stories, with seven films receiving financial and professional support through SFFILM Makers, the artist development program of SFFILM. The full lineup is below.

We are elated to announce the full lineup for the 65th iteration of our flagship festival. The program starts with the North American premiere of an SFFILM-supported project, is anchored in vibrant international and independent content, showcases innovative Latinx films and ambitious local stories, features can’t-miss Shorts and Mid-Length programs, and culminates with a day of encore awards screenings, says Fairbanks. “We look forward to 11 days of bold, imaginative, and unexpected films, industry meetings, conferences, festival talks, virtual events, and parties across the beautiful Bay Area.”