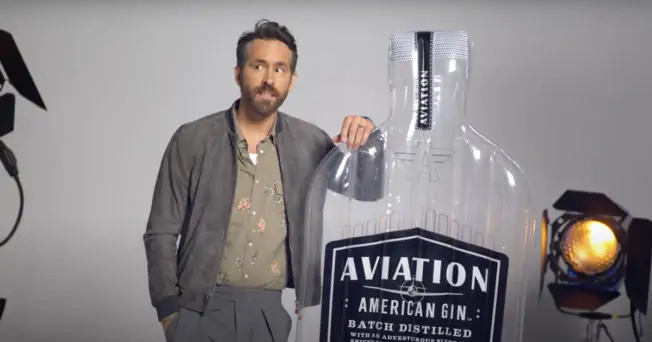 Well, not quite. As it turns out the multi-hyphenate might not be the person you’d want to be take in-flight safety advice from in the event of an emergency landing. That’s if British Airways’ latest ad is anything to go by.

Drawing on his experience as an actor who has “played a pilot twice” Reynolds stars in a tongue-in-cheek spot for Britain’s national carrier to promote a tie-up with his alcohol brand Aviation Gin.

Customers flying across the pond from the U.K. and on all other long-haul routes will now be offered Aviation Gin from the in-flight menu and short-haul customers will be able to buy the drink from the on-board bar cart.

The partnership follows and builds upon Aviation Gin opening a branded bar in the British Airways Club Lounge in the JFK Airport in October 2021.

To promote the collaboration, Reynolds takes center stage in an alternative safety video. The “rejected” spot opens with him welcoming passengers aboard before going on to demonstrate a series of gin-related features they can make use of in the event of a catastrophe.

“In the event of loss of cabin pressure, Aviation Gin will automatically fall from the panel above your head,” the actor explains.

He advises passengers not to worry if there’s a water landing—Aviation Gin has supplied “excellent” floatation devices, in the form of inflatable bottle-shaped rafts.

Tom Stevens, British Airways’ director of brand and customer experience, said that the partnership would help the business build on its promise that passengers would have a “premium experience throughout their journey.”

Reynolds acquired an ownership stake in Aviation Gin in 2018. He remains the co-owner of the brand after selling it to Diageo in a 2020 deal worth $610 million.

Reynolds has experience in off-the-cuff advertising, not just with Aviation Gin but also with Mint Mobile which he owns a majority stake in.

Last year, the actor, investor and ad agency owner advised fans to be wary of partaking in Aviation Gin and Mint Mobile at the same time—i.e. drinking and texting—in an irreverent, co-branded spot.

Photographer Max Hayter explores the tension between city and country

What e-commerce could look like in the metaverse: Adobe marketing boss