Photographer Max Hayter explores the tension between city and country 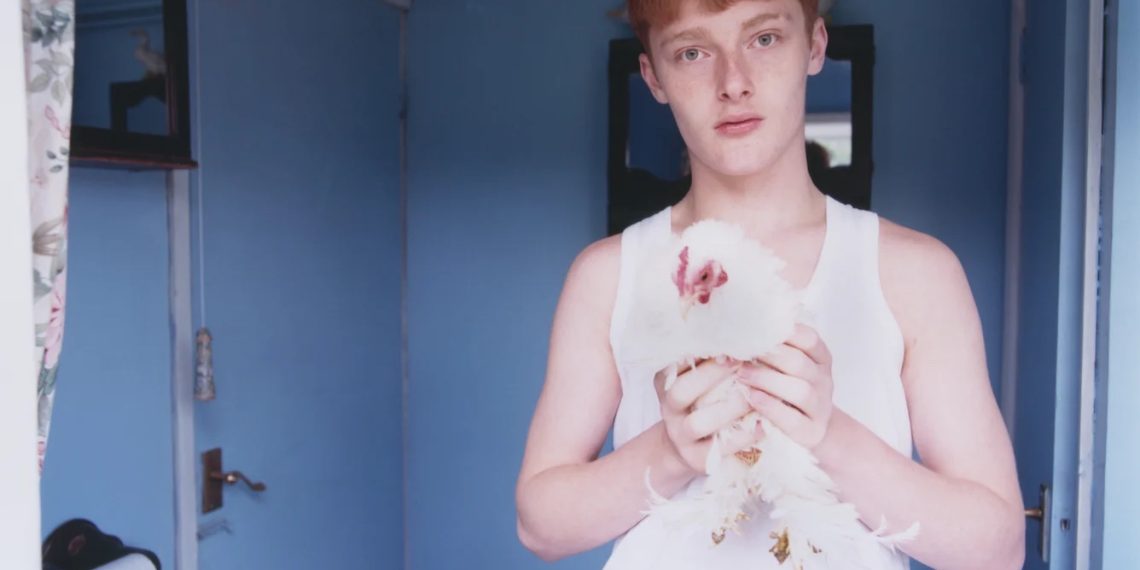 The photographer and director’s work reflects on a childhood spent in rural England, as well as a fascination with coming of age stories

Having spent much of his 20s “doing floristry, and furniture design, and waitering, and all sorts of bits and bobs”, Max Hayter realised that what he really loved was making images. “I never really knew it was a career,” he tells CR.

Hayter started assisting fashion photographer Oliver Hadlee-Pearch, and a year in, just as Covid hit, he began thinking seriously about what he wanted to achieve with his own work.

“Everyone says you should think about what projects mean a lot to you, and your own stories,” he says. “Before lockdown, I’d only been [making work] a short while anyway but I had three months in a house where I could ask what I was interested in, what stories I wanted to tell, how I wanted to tell them, and a lot of that was very research-based.

“I’m pretty obsessive with the things I get into. I did a very short photography history course that the Museum of Modern Art [in New York] offered for free online during Covid, and did lots of research. The main thing that stuck out was that the people whose work I really respected and liked, it didn’t matter what it looked like. It was more how it felt, what they were communicating, and why they were in a position to tell that story.”

Hayter says he quickly settled on an “origin story” idea – something semi-autobiographical that would reflect his childhood in rural England, an experience he describes as “slightly fragmented in a way”.

“I was pretty isolated growing up,” he explains. “We moved from London when I was four to a valley in the middle of nowhere with no-one, and I guess boredom is an interesting concept. It’s a great tool for your imagination.”

Having experienced the divisions between city and country through his own move to London later in life, as well as wider conversations about “the intersectionality between rural and wider culture”, Hayter assembled a team and headed to his dad’s home in Shropshire.

There he began working on a short film, centred around a young man called Hector and his experience of rural life. It’s accompanied by a linked photography series entitled Tranquility, which follows the same character and was shot in and around the stables close to Hayter’s family home. A second series, Townies, is similarly set in the countryside.

There’s a dreamy, perhaps slightly otherworldly aesthetic that ties Hayter’s work together. He worked with a casting agent and stylist for all three projects, layering his own, constructed narratives onto a real-life rural backdrop which can, at times, feel like it’s hiding something more sinister.

“We wanted to set up some tableaux, from the beginning, that you could walk through and would set the scene in a way,” explains the photographer. “In my view, the great projects I really like let you in on a secret, and we wanted to let you in on the secret of

“I’m hopefully going to shoot another film, more in the vein of darkness, and that’s a topic I’m fascinated by,” he continues. “People idolise the countryside, but it’s a really wild and dangerous and beautiful and loving and all-consuming place. At the same time, it’s very complicated and bumpy, and can be beautiful and horrible. I know, and have seen and heard, of crazy stuff that happens.”

Hayter hopes to continue making a mix of still and moving image work. He says he values the “magic” of photography as much as the narrative possibilities of film, and is currently planning a new documentary about sibling relationships. He’s also finishing his first short, which is set to be released later this year.

“I’m really trying to think about how you can create tension and make images interesting,” he adds. “How can I try and make images we haven’t seen before, whether that’s different people in different roles, or a different take on everything.”

What e-commerce could look like in the metaverse: Adobe marketing boss

Omnicom announces Russia exit in response to invasion of Ukraine

SXSW Award Winning XR Experience “(Hi)Story of a Painting: The Light in the Shadow” VR Experience