by Roastbtrief
in Digital
Reading Time: 5 mins read
A A 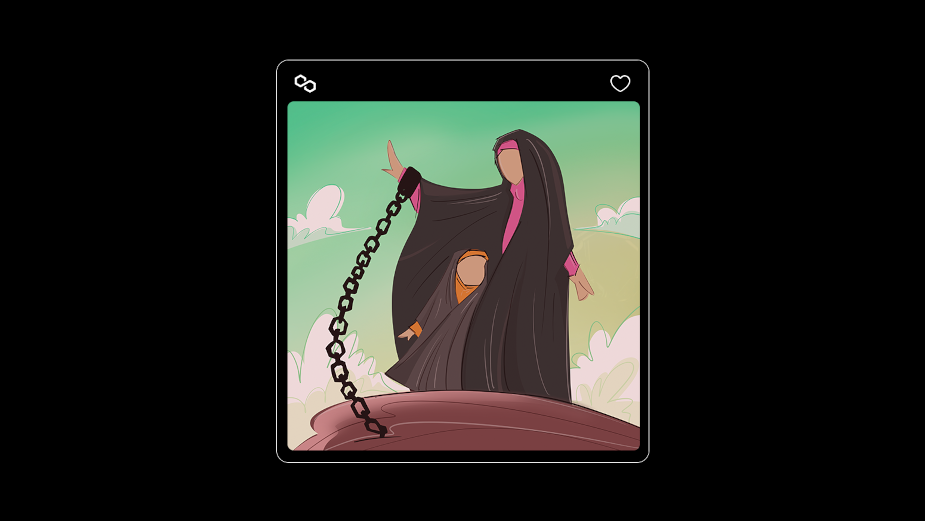 Tens of thousands of women are sent to prison in Egypt every year. Their crime? Not being able to repay loans borrowed for amounts of only a few hundred dollars.

These women are known simply as ‘Al Gharemaat’ or ‘The Fined’. The money they borrow goes to pay for medicine, emergencies and to take care of their families. However, the consequences for when they are not able to pay off the loans are devastating and lead to significant prison sentences, and having to leave their children and families to the unknown.

Horizon FCB created and launched a humane initiative: ‘Breakchains with Blockchain’. Inspired by the reasons for their imprisonment, it created in collaboration with artists from around the world, NFTs. Each is designed to tell a woman’s story, the story of why she was sentenced. Each NFT is priced at the amount it will cost to free them from their sentence and give them a second chance at life.

Horizon FCB launched ‘Breakchains with Blockchain’ on Mother’s Day in Egypt on the 21st of March 2022. On this day three mothers were released with funds raised from NFTs, meaning these women are no longer ‘Al Gharemaat’, and can finally be home with their families.

One of these women is ‘Rabia’, who when her sister died wanted to honour her memory and took out a loan to pay for her daughter’s wedding. After being diagnosed with breast cancer she was too unwell to work and make the payments, she was arrested and sentenced to two years in prison. The amount she borrowed was only USD$254.

‘Children of Female Prisoners Association’ is one of the most active NGOs in Egypt working with Al Gharemaat and their children. It was founded in 1990 by Ms. Nawal Mustafa, winner of the ‘Hope Maker’ award from His Highness Sheikh Mohammed bin Rashid Al Maktoum. Working in partnership with Horizon FCB Dubai, together they are raising donations and awareness of this issue around the world, by utilising a medium everyone is talking about, NFTs.

Horizon FCB still have more women to free, but even when they are all released our work is still Never Finished. It will continue working to raise awareness about this issue, ensuring the women have resources and education they need until the Al Gharemaat are a thing of the past.