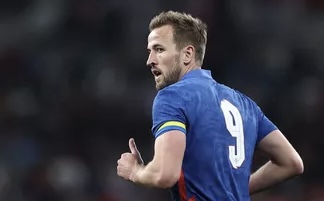 The England football team sported shirts without names on during the second half of the England v. Switzerland international on Saturday in an effort to bring awareness to dementia and Alzheimer’s Society’s crucial work.

The powerful stunt, devised by New Commercial Arts, drives home the idea that football should be unforgettable.

The shirts will now be auctioned off to raise crucial funds for Alzheimer’s Society’s work.

Kate Lee, the CEO at Alzheimer’s Society, said she hopes the campaign will “inspire people to support our work to raise awareness and reduce stigma and help us make sure no-one faces dementia alone”.

Ian Heartfield, creative founder at New Commercial Arts, said: “Alzheimer’s Society is a passionate team, determined to put dementia at the top of everyone’s agenda. We’re proud to be able to help with that mission by coming up with disruptive, headline grabbing ideas like this one.”

The stunt is part of the Alzheimer’s Society’s partnership with the Football Association, in place for the next two seasons, and will be supported by a 60” TVC advert, OOH, in stadium takeovers, social and PR.

Campaign Name: Football should be unforgettable