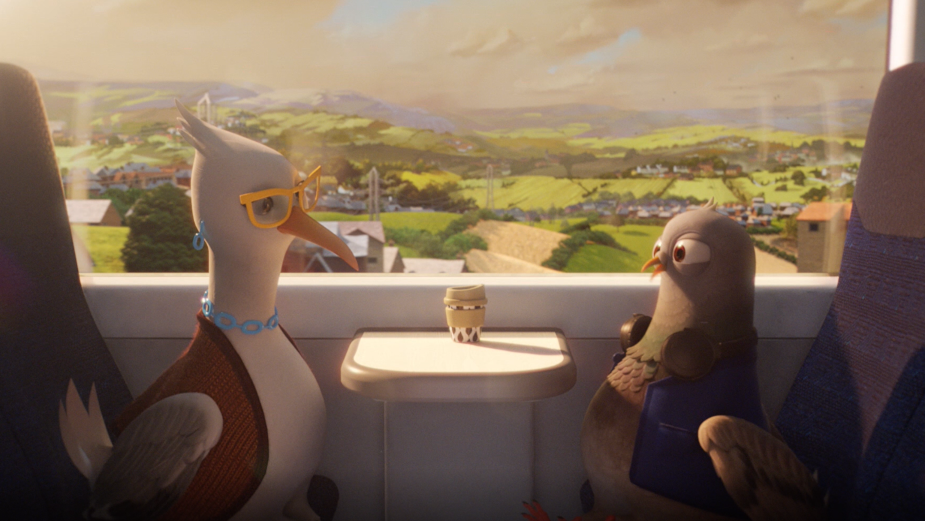 Native Music share their latest work for South Western Railway ‘Spread Your Wings’. Created by St Luke’s London, and Smith & Foulkes at Nexus Studios, the agency’s debut campaign for the brand introduces us to new characters Wes and Sandy.

It is a bright, light and affectionate launch focusing on the chance meetings that commuting allows, and encourages us to re-engage with the wider world.

Dan Neale, MD and music supervisor at Native says: “The brief for the score was to make sure the music was really memorable, so it needed to have a very strong core melody that would help the branding. However in contrast to that, for a large majority of the advert the music had to support and not overwhelm the dialogue. We spent a long time getting that balance just right, and worked to make sure the musical motif features throughout in different guises.  I hope it goes on to be an ear worm that is as loved as the characters themselves.”

The commercial first aired in the UK on 23rd February on TV and online, and is part of a wider campaign with print, poster and digital now live around the country.

LEGO Builds a World of Endless Possibilities with ‘Different Together’ Spots

LEGO Builds a World of Endless Possibilities with 'Different Together' Spots