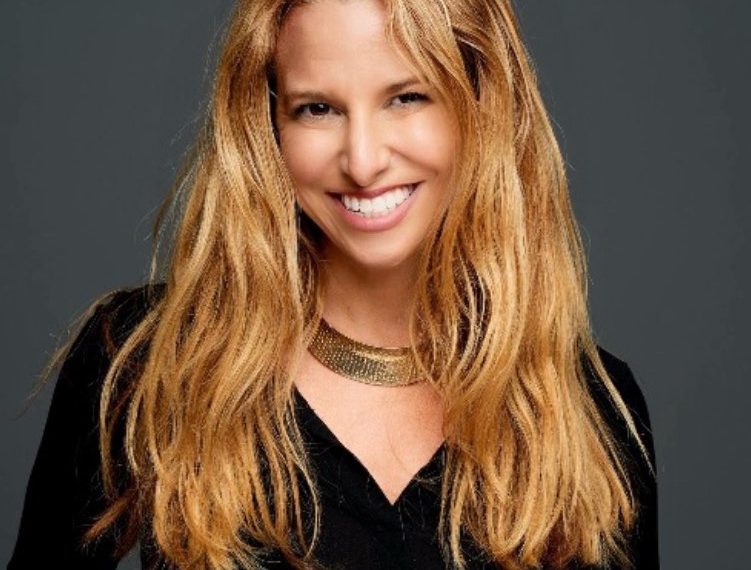 Joanna Popper is an award-winning Hollywood and Silicon Valley media executive with a track record of launching cutting edge content and technology to drive revenue, audience engagement and brand love. She leads HP’s XR initiatives for Go-To-Market. Prior she was EVP of Media & Marketing at Singularity University and VP Marketing at NBCUniversal.

Joanna was selected as “50 Women Can Change the World in Media and Entertainment,” ”25 Pioneers in the Metaverse,” “Top 50 Original Thinkers in VR,” “Top Women in Media: Game Changers,” “Top Women in Media: Industry Leaders,” “Digital It List,” “101 Women Leading the VR Industry.” She is on the Coalition for the Women in XR Fund, Unity Charitable Fund Advisory Board, Vidcon Industry Advisory Board, AIXR Steering Committee, CES Consumer Technology Association AR/VR Working Committee.

The 80:20 Rule is a famous principle known as the Pareto Principle, and has been one of the helpful concepts for guiding my career.

The key to following the 80:20 rule is to identify which 20 percent of your actions, most productive tasks, strongest capabilities or passion areas lead to the most success, impact and joy. This can apply to any area of your professional and personal life.

I periodically take stock of my career, impact, goals with the 80:20 rule in mind. I look at which 20% of activities I most enjoy, feel in the most in flow, bring the biggest impact for the company and my colleagues and check in regarding what percent of my time I focus on them. I strive to have those activities be the majority of my time. I assess the impact of those activities, how I can re-focus more of my time on these activities and what changes need to be made to bring these activities closer to 80%. That may mean conversations with my management team about priorities, delegating more activities or shifting team resources. Or if the venn diagram of the activities needed at the current role and the activities where I have the most impact and passion and what the company needs don’t overlap greatly in that moment, I’ll start considering if a different role might be best. This principle is how I have made past career changes: find the 20% where you are in flow and impact, and drive shifts to make it 80%.

After college, I began my career in investment banking with the opportunity to work in NYC and Brazil as an expat. I worked for 4 years in the investment bank and learned fundamentals about how business worked. I found the strategy behind the financial deals to be the most interesting part of the role, so during my MBA, I interned at McKinsey & Co and took a full-time role there upon graduation working in management strategy consulting.

At McKinsey & Co, I had the opportunity to work on projects in media, telecom, technology, food and beverage, retail, travel, financial sector and more. I excelled in the marketing projects and moved into a full-time marketing role at DHL leading customer retention projects for Latin America and then the Americas. I led global teams, which saved the company much revenue and pioneered new methods of data collection and loyalty programs. I loved marketing and recognize the importance of shipping (especially today with the supply chain situation) but after five years I wanted to move to an area with a product that resonated more deeply with me.

I had the opportunity at NBC Universal Telemundo to lead Strategic Marketing, which was exciting as media and storytelling resonated deeply with me. I adored working in a media company for the fast pace, creativity, connection to audiences and variety of networks and shows we had the chance to work with.  At NBCU, we had a program called Symphony where we use the whole company’s resources to drive results for the highest priority tentpole projects with the philosophy that rising tides raise all ships. I worked with and learned from the best marketers in the company across broadcast, cable, news, sports, film, digital, parks and more. It was an amazing education and we launched our highest rated series and grew market share at my network. It was also the time of tremendous digital disruption and launched the first social media, SEO/SEM, VOD and influencer strategies. During this time, I first was exposed to Virtual Reality and Augmented Reality.

I was driven by the interest to learn as much as possible about the core of what was driving the digital disruption. When I was offered a role to lead Media and Marketing at Singularity University, a NASA-based, Google funded organization founded by Ray Kurzweil and Peter Diamandis, I did the 80:20 assessment and decided to make the leap and move to San Francisco. While there, I had the opportunity to work with leaders in the fields of VR/AR, Artificial Intelligence, Blockchain, Robotics and Digital Biology and learn deeply about where the world is heading and how we could positively impact the trajectory. One of the most exciting projects I spearheaded in my time there was a deal for a television show on science, tech and innovation to bring these ideas to broader audiences. I did the 80:20 analysis again and realized I missed having closer connection to the entertainment field but wanted to focus on a growing area of entertainment. I had an hypothesis that Virtual Reality would be that right blend and embarked on what I call my “30 Coffees” where I met with leaders in the VR/AR field. Very rapidly I recognized the momentum, potential for impact, creativity, imagination, vision and community-orientation of the emerging VR/AR industry. I jumped into advisory roles, while executive producing the TV show with NBC and Singularity University.

Not long after I completed the “30 Coffees”, I joined HP to lead Location Based Entertainment for VR and then took over VR, Go-to-Market. The technology behind VR has been around for decades, but now is the foundational stage for the industry and I adore being in this important industry that is shaping the future of computing and with it, how we connect, create, collaborate, learn and conduct commerce. If this interests you, join us in this pursuit and let’s build the metaverse together.

One last comment on the 80:20 rule. Sometimes, in our careers the ability to find the 20% where you’re the most inspired, have most impact and are called to build, doesn’t overlap with what’s needed at your company/role but you aren’t in a position to shift. In those cases, I’d recommend to find ways in your company through ERGs or outside of work to have your 20% become that 80%. I have produced and executive produced documentaries, VR/AR content, worked on political campaigns, been on industry and non-profit boards, volunteered for causes that I care about deeply, all to fulfill the passions and impact I’d like to drive in the world. The 80:20 can look different ways at different moments in your life. Some moments it may be 60:40 or another ratio, but 80:20 is what I strive towards as a guiding principle for my career and impact.