HOW AMERICAN EAGLE IS BRINGING ITS CLOTHES TO THE METAVERSE 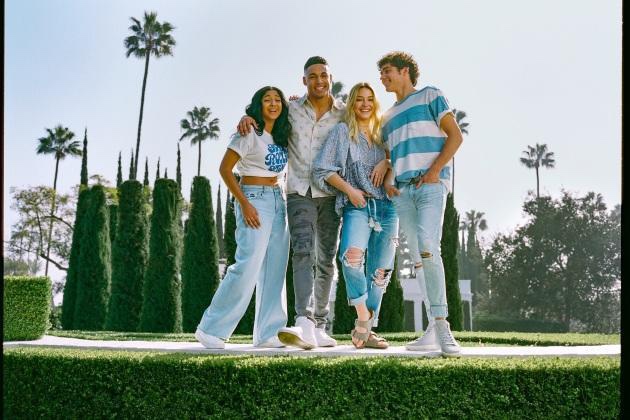 The brand is seeking to appeal to Gen Z with a new Roblox partnership and philanthropy involving influencers.

American Eagle is the latest brand to dip its toes in the metaverse, thanks to a new deal with Roblox aimed at making gains with Gen Z.

The clothing brand’s new spring campaign, called “Members Always,” will allow consumers to hang out in the “AE Members Always Club,” hosted on the online gaming platform that surged in popularity during the pandemic. The campaign’s name is a play on a typical “members only” rule at a club, said American Eagle Chief Marketing Officer Craig Brommers, noting “you’re always welcome to the American Eagle family.”

Consumers will be able to create avatars in the gaming platform’s digital world Livetopia, collect game items and dress their avatars in the brand’s spring collection.

Other clothing brands have partnered with virtual platforms. Under Armor launched a Steph Curry NFT shoe that can be worn across different metaverse platforms, and Forever 21 and Ralph Lauren also released virtual clothing lines on Roblox.

Rising numbers of brands are also filing metaverse trademarks (although it is unclear in some cases whether they intend to sell anything or simply protect their products). More than three-quarters of marketers intend to invest in the metaverse this year, and specifically want to do branded integrations with Roblox, according to a Forrester survey conducted in the first quarter.

According to Mike Proulx, CMO research team director at Forrester, the appeal of Roblox is in its huge scale and footprint, as well as its appeal to younger audiences. But Proulx noted that given the rising competition in digital spaces, the concept has to hold a consumer’s attention and be unique.

Brommers framed the new partnership with Roblox as part of the brand’s strategy to reach Gen Z. “Roblox is one of places (where) Gen Z plays the most,” he said. He added that older generations are also starting to experiment with the metaverse.

As part of the campaign, American Eagle is again partnering with Snapchat to allow customers to try on clothes using augmented reality, as it did in its back-to-school campaign.

American Eagle’s marketing push includes an ad starring 17-year-old tennis player Coco Gauff and actor Joshua Bassett of “High School Musical: The Musical: The Series.” The spot shows them walking on sun-splashed grass or playing sports as they discuss what community means to them. The spot was created by ad agency Acre, with communications agency Shadow handling PR. The campaign is mostly digital, with no TV ads and a few OOH ads. Brommers said that this will be the brand’s biggest spring campaign.

The campaign also involves a charity element, in which consumers can email the brand their ideas for local organizing. Twenty people will be chosen to win part of $200,000, which will go toward their ideas. According to Brommers, part of the aim is to understand what matters most to Gen Z.

The campaign comes just before American Eagle will announce its results for fourth quarter and full-year 2021 on March 2. The brand’s third-quarter results for 2021 showed that net revenue had grown by 24% from its 2020 third quarter. Lo